A couple who rekindled their romance after a decade a part discovered they couldn’t remarry because their divorce was never completed.

The pair had applied for a divorce in 2006, but it wasn’t until they booked to remarry in Zante, Greece, on August 22 this year that they realised it had never been finalised. 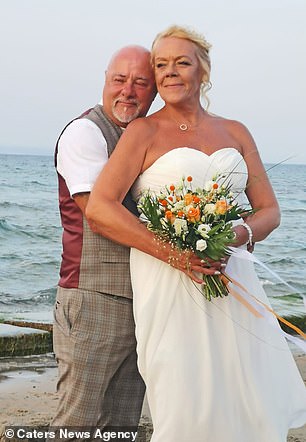 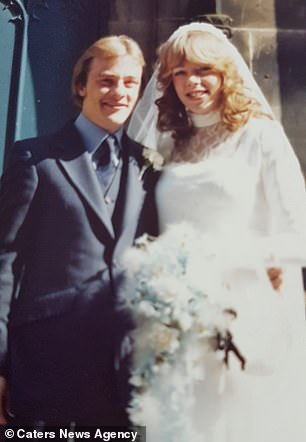 Cindy Cassin, 57, from Erdington, Birmingham, with her husband Dave, 62, at their blessing ceremony this year, pictured left, and their marriage in 1979, right 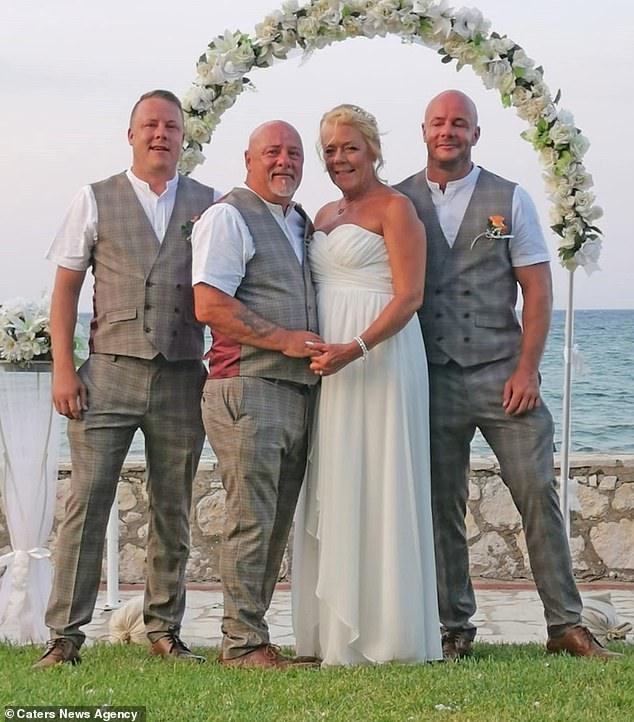 The pair had applied for a divorce in 2006, but it wasn’t until they booked to remarry in Zante, this year that they realised it had never been finalised. The couple pictured with their wedding party in Greece

Cindy was granted a ‘decree nisi’ – which is a provisional divorce given when the court is satisfied that a person has met the legal and procedural requirements to obtain a divorce – 13 years ago.

But she didn’t realise until earlier this year that she needed to apply for a ‘decree absolute’ afterwards, in order to dissolve the marriage and to be granted with a divorce.

Hence the couple, who first met in 1977 and were wed two years later, had always been married and would not be allowed to apply for a new marriage license to remarry. 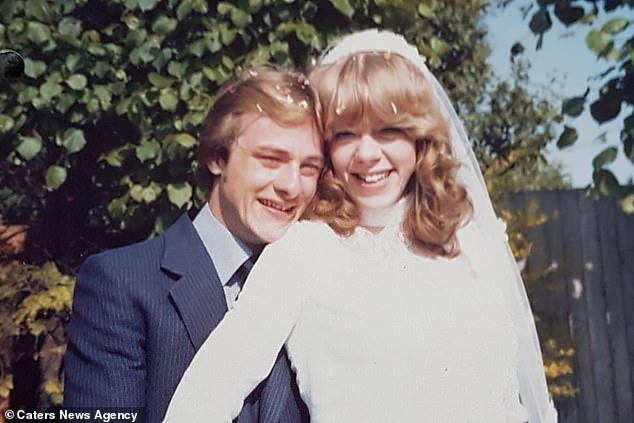 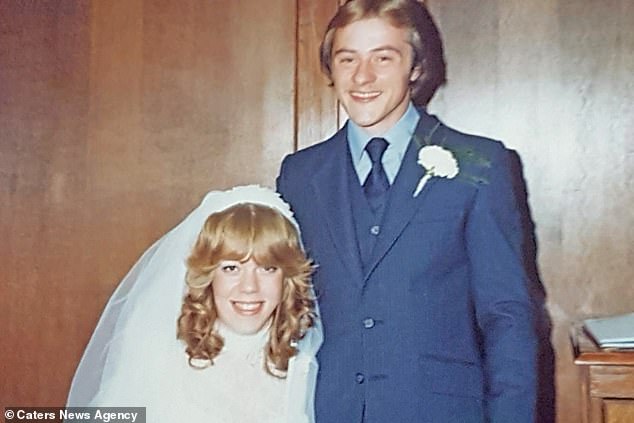 Cindy (pictured on her wedding day with Dave) said: ‘We still aren’t sure how we managed to mess up our divorce papers after initially getting married in 1979 but it’s funny to think that we are in fact celebrating our 40th wedding anniversary this year’

But despite this, the pair decided to continue with their wedding plans and chose to have a blessing ceremony instead.

Speaking about amusing issue, primary school caretaker Cindy said: ‘Luckily neither of us tried to marry anyone else during those nine years apart as it could have been very awkward.

‘We still aren’t sure how we managed to mess up our divorce papers after initially getting married in 1979 but it’s funny to think that we are in fact celebrating our 40th wedding anniversary this year. 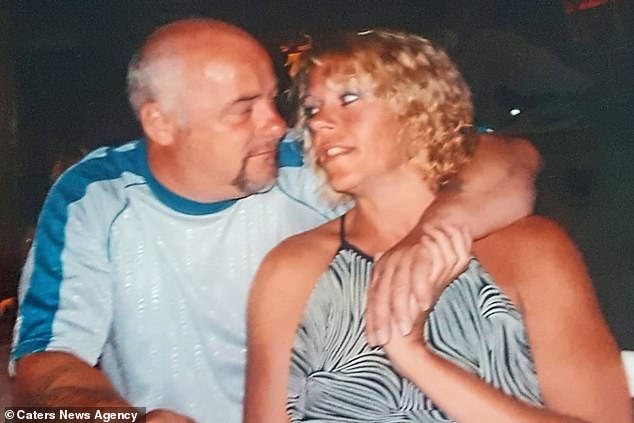 Cindy and Dave together back in the 2000s. The Birmingham couple have two sons together 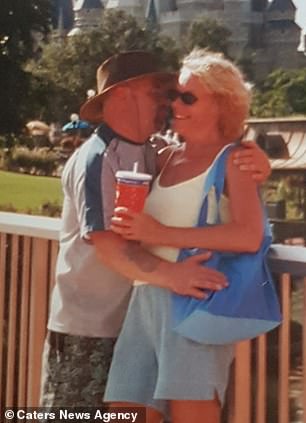 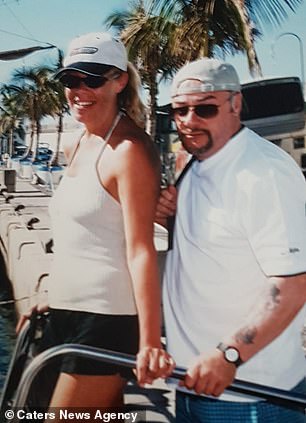 The couple enjoying a holidaying in the 1980s, pictured left, and in the 1990s, as seen right

‘Both myself and Dave wanted to remarry in Zante to show each other and our families how committed we are to one another.

‘It was only a small wedding with about 30 guests but we had to fess up about the mishap before we flew. Everyone found it funny and in a way I’m pleased we didn’t actually divorce in 2006.

‘Dave is my soul mate and our two sons, Luke, 38 and Matthew, 36, are thrilled we are back together,’ she added. 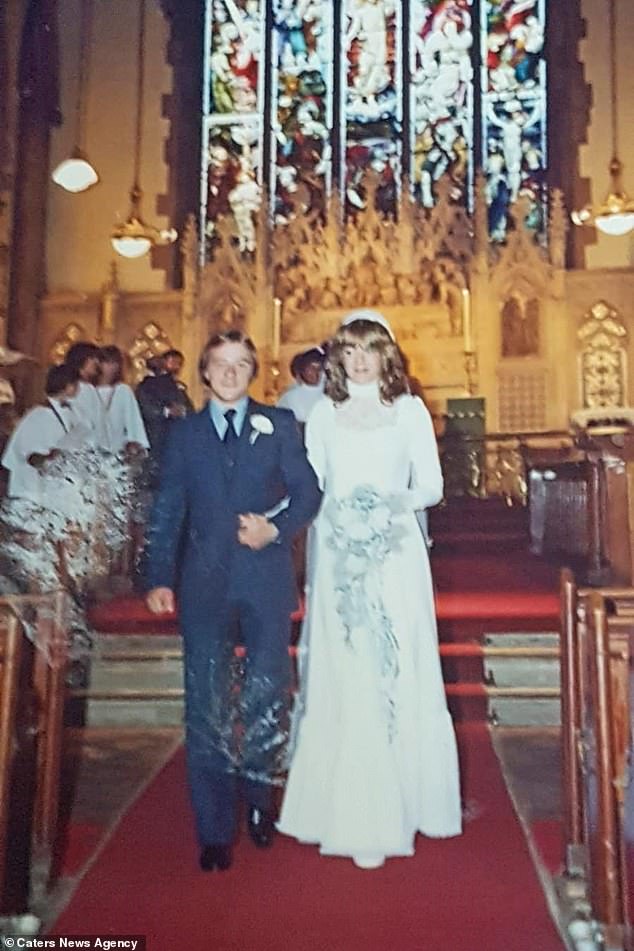 ‘I had no idea what all the paperwork meant back then but as soon as I received the ‘decree nisi’ I assumed the other part would naturally follow and it was granted.

‘Dave didn’t think to check either so the pair of us remained married. We’ve known each other for 42 years in total as he proposed on my 17th birthday and we’ve always been such a huge part of each-other’s lives.’

As well as their ceremony abroad, Cindy walked down the aisle in front of 500 children from Saint Barnabas Church of England Primary School.

The pupils at the caretaker’s school had been helping to plan Cindy’s wedding since the start of the year after their deputy head teacher, Jenny Arnold, proposed the idea. 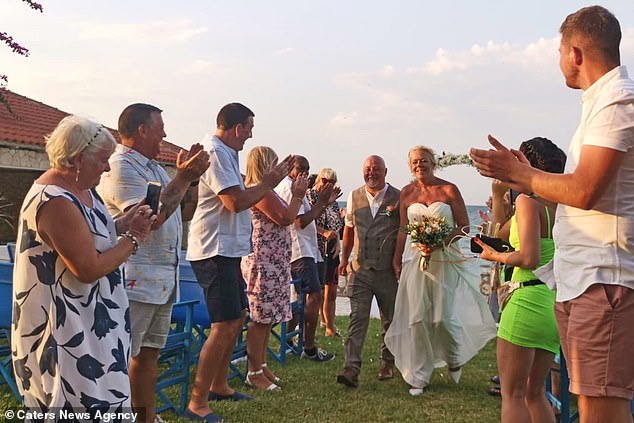 Cindy and Dave in Zante, Greece, at their blessing ceremony, surrounded by friends and family 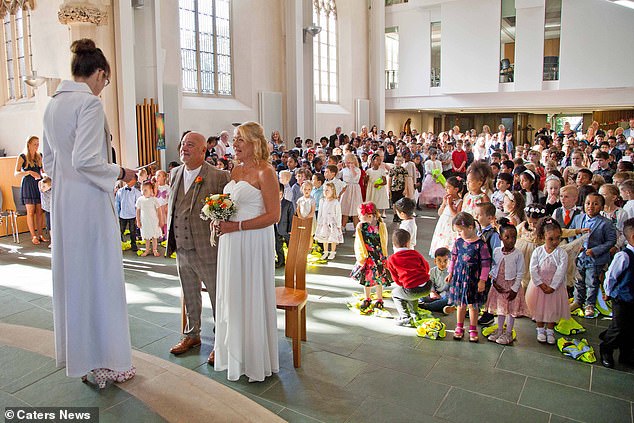 As well as their ceremony abroad, Cindy walked down the aisle in front of 500 children from Saint Barnabas Church of England Primary School on September 20

The grandmother-of-four said: ‘It was such a huge day in comparison to our Zante wedding but it was lovely all the same.

‘In total I have walked down the aisle three times to marry the same man but I won’t be having anymore weddings now, I’m all done.

‘Our relationship is stronger than ever now and any differences we once had have all been resolved. I hope our story shows others that when you’re meant to be together it will always work out in the end.’

Dave added: ‘I was so happy when we realised we were never actually divorced.

‘I’d always wanted to get back with Cindy ever since we’d split up in 2006 but after nine years apart, we finally rekindled our romance. Our whole families are so thrilled for us.’