Previous postDivorce, Dissolution and Separation Act 2020 - the end of fault based divorce is in sight - Lexology
COVID-19 UK: Litigation – Court sentences directors in their absence for breaches of anti-suit injun...Next post

by admin
in jul1020
Comments are off for this post. 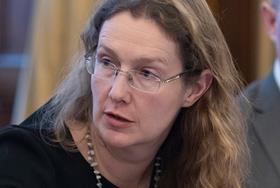 Extended court hours, Blackstone courts and 1-metre social distancing will still not be enough to get the Crown court backlog to pre-pandemic levels, the chief executive of HM Courts & Tribunals Service has admitted.

The backlog reached 40,173 by the end of March, at the height of the coronavirus crisis. It now stands at 41,599. To tackle it, HMCTS is looking at ways it can safely reduce the current 2m social distancing requirement to 1m, use existing court capacity by extending operating hours, and identify buildings that can be used as additional court rooms or space that frees up courtrooms.

However, in a blog post today, Susan Acland-Hood said every lever needed to be pulled to get from operating at about a third of normal capacity to a level where the courts can keep pace with new cases and reducing outstanding cases.

‘Allow me to hypothetically make a point,’ Acland-Hood said. ‘If we assume that we use Blackstone courts for all our non-custodial Crown cases, and move from 2 metre to 1 metre social distancing everywhere (both stretching assumptions), then even with extended hours added on, there is still work to be done to get us to pre-pandemic levels.

Last week lord chancellor Robert Buckland said he had identified 10 so-called Nightingale courts, which are now being referred to as Blackstone Courts. Acland-Hood said the first will be announced ‘very soon’ and the venues will comprise of former courts, local authority and other public buildings, and conference venues.

She added that the challenge meant keeping other options to free up court space, such as reducing the size of juries, free.