Legal Departments Are Insourcing More Litigation Work Than Ever Before

Legal Departments Are Insourcing More Litigation Work Than Ever Before 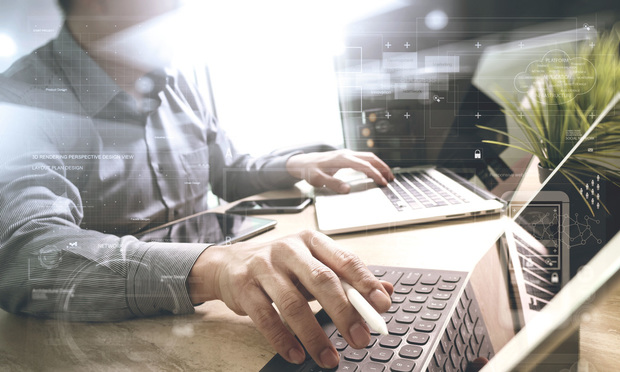 Relying on streamlined processes and legal technology, legal departments are insourcing more work than ever before, according to Exterro’s “2018 In-House Legal Benchmarking Report,” a survey of over 110 in-house legal or legal operations staff.

Almost one-third, 29 percent, of survey respondents said they conducted at least 75 percent of their litigation and e-discovery work in-house, compared to 17 percent in 2017. What’s more, 20 percent conducted all such work internally.

While an additional 20 percent brought in at least half of their litigation and e-discovery work in-house, 31 percent insourced under half.

Bill Piwonka, chief marketing officer at Exterro, noted that more insourcing is “absolutely a continuation of an [ongoing]  trend … it comes down to the same thing we’ve been seeing for the past few years, which is just that the C-suite is looking to the legal department to become more efficient and productive.”

“And the way the legal department has in general reacted is they are bringing more functions in-house, they’re taking a more process-centric approach, basically in the same way every other department in the organization has,” he said.

A wide majority, 84 percent, of respondents said they were at least “somewhat satisfied” with their in-house legal team’s performance, compared to the 71 percent who said the same about their outsourced legal services.

To enable themselves to take on more work, legal departments were leveraging technology and streamlining operations in-house. Around 20 percent of respondents defined their legal project management process as “managed,” meaning it had a well-defined roles, a dedicated budget and executive sponsorship.

Over one-third, 39 percent, also defined their legal project management processes as “structured,” which is similar to “managed” though with less clearly defined roles.

For Piwonka, legal departments’ tech adoption still has a ways to go. “I absolutely think that the adoption of legal technology across the board is going to continue to increase.”

But he added that for some legal departments, technology may not always be the answer. “If you’re an organization that maybe has one to two matters a year you have to ask yourself does it make sense to purchase technology to manage this, or can we manage it just manage with the tools we already have in place?

In addition to leveraging technology, over one-third, 36 percent, of legal departments also had an IT team solely dedicated to their legal department, while 14 percent had a mix of a dedicated and external IT teams.

Despite all these efficiencies, however, only 23 percent of legal departments were at least “very confident” in their ability to preserve social media data, while 35 percent said the same about their ability to collect mobile data. When asked what their preferred preservation method was, 43 percent of legal departments said preservation by data collection, while 28 percent relied on their employees to preserve their own data.