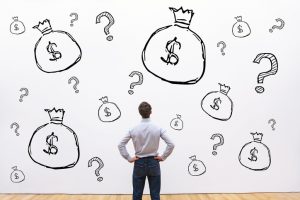 If you’re not familiar with how litigation finance works, you should fix that — fast. Litigation finance is growing dramatically in popularity and importance, and both litigators and transactional attorneys need to understand it — and what it means for the legal industry.

Despite the boom in litigation finance in recent years, many legal and financial professionals don’t understand it as well as they should. So it made sense that last week’s (great) conference on litigation finance, hosted by IMN, included a panel called “Dispelling Myths and Misconceptions Surrounding Litigation Finance.”

The panelists covered many misunderstandings about litigation funding. Here are five that struck me as particularly important.

According to Owen Cyrulnik of Curiam Capital, litigation finance can give defendants an advantage previously enjoyed mainly by plaintiffs who hire contingency-fee firms: not paying a huge amount of money for a disappointing result. As any litigator can tell you, the litigation process involves a lot of luck — and if you have bad luck as a defendant, you can take a serious hit. By working with a litigation funder, Jay Greenberg of LexShares explained, a defendant can offload or manage risk, at an early stage of the process. (You might remember Greenberg from his appearance on Forbes’s 30 Under 30 For Law and Policy list.)

This type of upfront certainty about the cost of a case is something that CFOs greatly appreciate — as opposed to a general counsel constantly returning to the CFO with negative updates about a litigation and requests for more money. As William Evans of Alexa Capital Advisors pointed out, litigation finance becomes more and more attractive as legal costs increase and in-house lawyers face greater pressure from their colleagues about out-of-control expenditures on outside counsel.

2. The underwriting process is long, tortuous, and highly invasive when it comes to confidential information.

The process of evaluating and funding a case can sometimes be completed in a matter of days — literally. According to Jay Greenberg, LexShares was able to underwrite one case in just ten days, from inbound call to deployment of capital.

To be sure, that’s the exception rather than the rule, and it’s more typical for underwriting to take weeks rather than days. But litigation financiers want to move quickly — which is why they use experienced litigators, both in-house and outside counsel, to evaluate cases and reach swift decisions about their legal merits.

As for confidential information, the interplay between litigation finance and both attorney-client privilege and attorney work product is a complex and evolving issue — so it’s hard to make any guarantees, as noted by Joshua Meltzer of Woodsford Litigation Funding. But as a general matter, both litigation funders and fundees go to great lengths to protect attorney-client privilege and attorney work product. For example, form agreements used in the underwriting process will generally state that the litigation financier does not want, and shall not receive, access to privileged information.

On an episode of The Good Wife, a litigation financier had a computer that would take in data about a case and immediately spit out the numbers and parameters for funding. But that’s TV, not the real world.

Yes, artificial intelligence is transforming many aspects of the legal world (as chronicled in Above the Law’s ongoing Law2020 series, in which we and our partners at Thomson Reuters explore the implications of AI for legal education, ethics, and more). But when it comes to the underwriting process for litigation finance, humans remain firmly in control.

The world of high-value, commercial litigation finance involves individualized deals, and does not (yet) lend itself well to automation through AI. Although data and analytics can be helpful — as Cyrulnik of Curiam Capital pointed out, judicial analytics about how long judges take to decide certain cases can be useful in estimating the possible duration of a litigation — “we aren’t going to take the $15 million financing of a $500 million case and use AI to tell us how to price it.”

One challenge, as noted by William Evans of Alexa Capital Advisors, is that AI relies on historical data and decisions that people have already made. Litigation finance — at least in its contemporary, commercial, large-scale iteration — is both relatively new and highly complex, so the data just isn’t there yet.

That said, Joshua Meltzer of Woodsford suggested that now is a good time for funders to start building data sets. For example, Woodsford tracks not just the cases that it funds but the cases that it doesn’t fund, to see how they turn out. This helps Woodsford make better and better funding decisions going forward.

Even though AI plays a limited role in the underwriting process at present, that can — and surely will — change in the future.

4. Litigation financiers control the paths of the litigations they fund.

In general, funders have little to no post-investment involvement in controlling the direction of a case — and that’s as it should be, because of legal-ethics rules that put control of litigation in the hands of parties, not their financial backers. As Cyrulnik of Curiam explained, litigation financiers take pains to avoid exerting any formal control over litigations, and the funding contracts make this clear.

To be sure, litigation financiers can and should monitor the cases that they back, as Evans of Alexa Capital mentioned. But monitoring is not the same as directing or controlling a case — and if a funder exerts excessive control over a case, the funding agreement could be rendered unenforceable.

The main way that funders could exert some form of indirect influence over a case is refusing to continue funding if the funding is to be made in tranches or stages. But stopping funding and walking away from a deal is typically not easy for funders to do, under the terms of standard funding contracts, and also not wise — a funder who constantly bails on deals will see its reputation suffer in the market, and eventually lose access to the best deals. So as a practical matter, the escape hatch of bailing on a litigation midstream is rarely used, saved for dire situations where cases are going down the tubes and the client and law firm can’t or won’t recognize what’s happening.

5. Litigation financing is expensive for parties.

As Greenberg of LexShares said, the goal of litigation finance is reaching a win-win-win transaction, for the party, the law firm, and the funder. Yes, litigation funders are in the market to make money — but there’s enough competition in the market now so that parties or law firms with cases to be funding can and should explore a range of options before agreeing to a deal. Shopping around will allow parties and firms to secure funding on the best and most reasonable terms.

At the same time, as noted by Joshua Meltzer of Woodsford, the litigation-finance market is still young enough and small enough that it’s not just a situation of many funders all chasing after the same deals, offering the same basic terms and just undercutting each other on price. Instead, proposed financing arrangements for a given deal will often vary in a number of material respects, depending on the case and the funders vying for it.

One danger for funders, according to Meltzer, is the risk of adverse selection in terms of cases to be financed. Sophisticated law firms could try to fund meritorious cases on their own and bring funders nothing but “dogs,” aka lower-value claims.

How can litigation financiers avoid or reduce this risk? By fair pricing. A funder who overprices will face a greater adverse-selection risk, while a funder who prices fairly will continue to receive good case.

In the end, litigation finance — like so many other things in the legal world (and beyond) — is about relationships. Treat others fairly and well, and they will do the same to you.

David Lat is editor at large and founding editor of Above the Law, as well as the author of Supreme Ambitions: A Novel. He previously worked as a federal prosecutor in Newark, New Jersey; a litigation associate at Wachtell, Lipton, Rosen & Katz; and a law clerk to Judge Diarmuid F. O’Scannlain of the U.S. Court of Appeals for the Ninth Circuit. You can connect with David on Twitter (@DavidLat), LinkedIn, and Facebook, and you can reach him by email at dlat@abovethelaw.com.