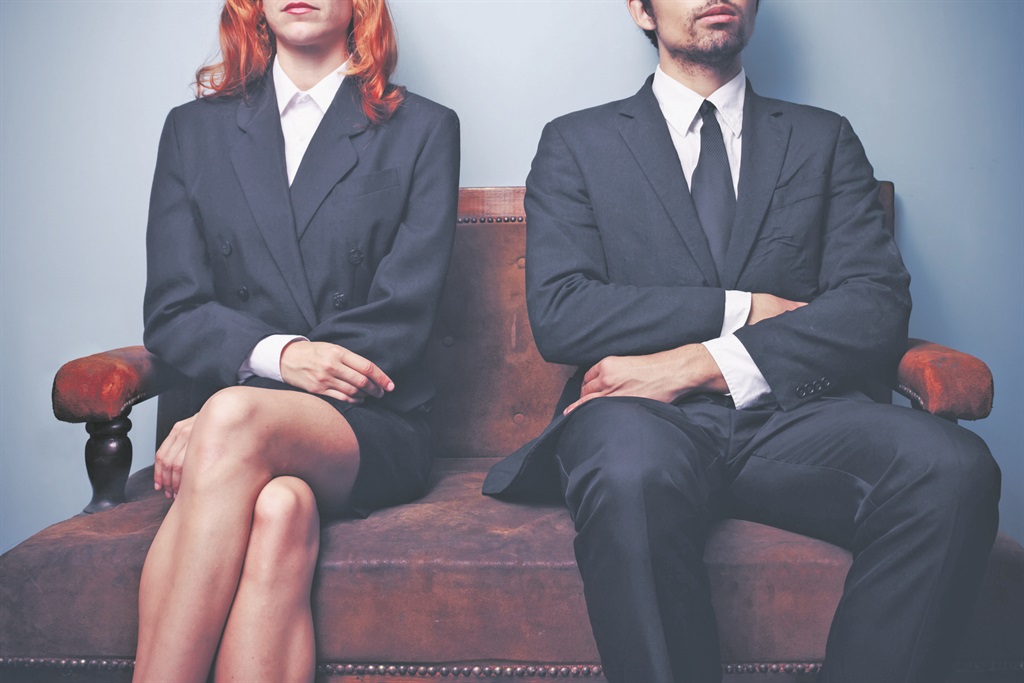 Discussing ‘what will happen if we get divorced’, particularly financially, is a conversation that is often avoided before entering into a marriage agreement, because it is deemed unromantic or tainting a marriage before it’s even started. But this is a crucial conversation to have, writes Angelique Ruzicka.

Money problems are now cited as one of the biggest reasons marriages fail in SA. During the divorce proceedings it is often money that fuels further disputes as couples squabble about how assets should be divided. The marriage contract determines to a large extent how this will be done, but couples still make many big mistakes that will cost them dearly. These include:

1. Believing that your spouse will be fair in divorce

When it comes to divorce, you need to take ownership and do your own research, says Kim Potgieter, director of life planning at Chartered Wealth Solutions. Consult a lawyer and a certified financial planner, but be sure to understand the financial landscape in its entirety.

Potgieter says some believe wholeheartedly that their partner will treat them fairly and share the assets accrued in the marriage honestly. “They later discover various funds that they never knew about, or neglected to think about during the trauma of getting divorced. These are often offshore investments, trusts or dividends paid,” she says.

2. Trying to hide your money

Historically, trusts and donations were used to hide money away. Now people going through a divorce are investing in cryptocurrencies, like Bitcoin, and it’s proving a new challenge for lawyers because they are difficult to trace. But lawyers are claiming to include the possibility of Bitcoin investments in their discovery process.

“Family lawyers deal with these kinds of tactics every day and we know exactly where to look. Instead of wasting time and money on trying to hide money, rather spend time on figuring out what your spouse actually needs or wants. Proposing reasonable settlement is certainly not admitting defeat, rather a bold gesture that may soften your spouse’s approach. Many couples end up settling on a “bad deal” after spending thousands on legal fees to protect their money from their spouses,” warns Rickma Coxon, family law attorney at Bertus Preller & Associates.

3. Allowing your partner to intimidate you financially

If you are going through a divorce, remember that your needs also need to be taken into account. “Sadly, divorce is a deadly slayer of confidence and self-esteem. During this time, you may not feel worthy or deserving of fair treatment. It is often later on, when the divorce dust has irrevocably settled, that you regret your unfavourable treatment. I strongly recommend that you find a counsellor to support you through this process,” says Potgieter.

4. Not ensuring the divorce order is enforceable on the retirement fund

Jaco Pretorius, CEO of Ensimini Financial Services, says that, although the introduction of the clean-break principle in 2009 has significantly changed the way retirement fund benefits can be divided up on divorce, many still spend time and money approaching courts to remedy poorly worded divorce orders that are not binding on their, or their former spouse’s, retirement funds.

5. Forgetting about your retirement

Potgieter says people often forget about their pension fund too. “I meet so many clients who opt for cash payouts of combined investments during divorce. Guard against cashing in the pension fund. This will result in unnecessary tax being paid on a fund that was meant for your retirement. You may end up not being financially prepared for your retirement,” she says. She recommends allocating your share to a preservation fund and saving towards your retirement; or transferring the pension fund into both your names to be drawn from at retirement age.

6. Not involving a financial adviser in divorce settlements

Don’t settle on something you don’t fully understand. Rather hire a professional financial adviser who can provide you with a detailed financial plan that will be needed post-divorce.

“I recently met a client who was convinced that she had received a significant settlement in her divorce. Once we understood her financial commitments, income potential and life plan, we realised that the money would not last more than two years, given her current spending plan,” says Potgieter.

7. Not considering the alternatives to litigation

Litigation is very expensive but mediation can save you money. “The mediation process is not only cheaper and faster, it is also more inclusive, which means fairer results for both parties. I would always recommend that parties attempt two to three sessions of mediation before approaching an attorney. At the very least, the parties would have identified the contentious issues during the mediation process, which would enable them to properly instruct their attorney should mediation fail,” says Coxon.