Previous postFrank Young: New divorce laws. The Government should produce new plans to help marriages – not just ...
How to Fall in Love After Divorce in the MeToo Era - GlamourNext post

By Francesca Washtell For The Daily Mail 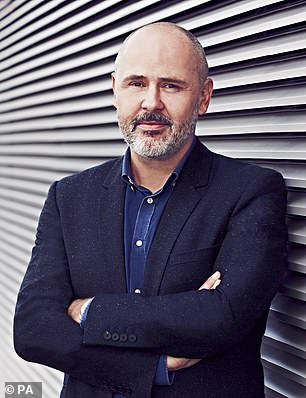 Debenhams’ chief executive will exit the firm within days after being forced out by the department store chain’s new owners.

The group now in charge, which includes Barclays and the hedge fund Silver Point, believes Sergio Bucher is the wrong person to lead a turnaround at the firm after it crashed into administration last week.

Bucher has been at the helm of the 241-year-old department store since October 2016 and has presided over a disastrous turn in its fortunes that saw it issue three profits warnings in 2018 alone.

He could leave Debenhams as soon as today but an official departure date has not been set.

He joined from Amazon in late 2016, where he led the tech giant’s European fashion business, and previously held roles at Nike, Puma and Zara-owner Inditex.

The 55-year-old tried to pioneer a ‘Debenhams Redesigned’ strategy to help right the company, in which it planned to introduce ‘hair labs’ and gin bars into its department stores to capitalise on the growing ‘experience economy’.

But the company racked up a record loss of £491.5 million after a disastrous Christmas and crashed into a pre-pack administration last Tuesday as it struggled under the weight of a £720 million debt pile.

The company was immediately taken private, leaving shareholders – including Sports Direct tycoon Mike Ashley – with nothing.

A source close to Bucher said: ‘Having stayed on after the annual general meeting and got the refinancing in place, Sergio thinks now would be the right moment to move on.

‘The upcoming restructuring can then be led by someone offering a fresh start.’ The consortium is thought to be lining up Debenhams’ chairman Terry Duddy to take on an executive role – though nothing has yet been agreed. 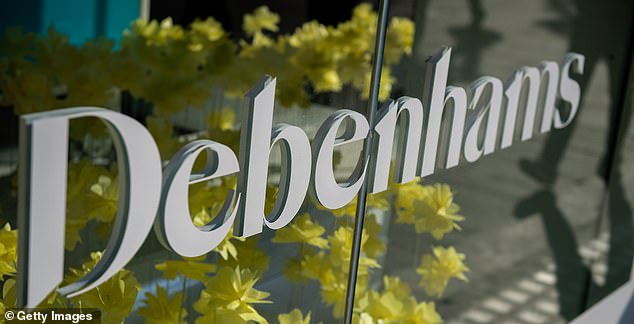 Debenhams racked up a record loss of £491.5 million after a disastrous Christmas and crashed into a pre-pack administration last Tuesday

Duddy has been interim chairman since January, when Ashley orchestrated a coup that booted former chairman Sir Ian Cheshire and Bucher off the board, but kept Bucher on as the boss.

Bucher’s authority suffered a severe knock as a result.

The consortium is said to be planning a major cull that will likely lead to the closure of at least 50 of its 166 stores, and the loss of 4,000 jobs.

Ashley, 54, raised his stake in Debenhams to nearly 30 per cent in March 2018 and last month launched the first in a series of attempts to take over the firm – including making a £200 million offer on the day it collapsed.

He later said the collapse was a ‘national scandal’ and blamed lenders, including UK banks and US hedge funds, for its demise.

A spokesman from the group that now owns Debenhams said: ‘We are pleased that now under new ownership, the business can look forward with confidence, and we intend to work closely with management and the board to position Debenhams for a long-term successful future.’