By Lucy White For The Daily Mail

Eddie Stobart will survive the busy Christmas period after a rescue deal was backed by shareholders – saving 6,500 jobs.

The troubled haulier was torn between two rescue offers, one from secretive private equity firm Dbay Advisors, the other from its former boss Andrew Tinkler.

As Dbay’s proposal was put to a shareholder vote yesterday, an overwhelming 81 per cent of investors backed it. The rescue deal saves 6,500 jobs. 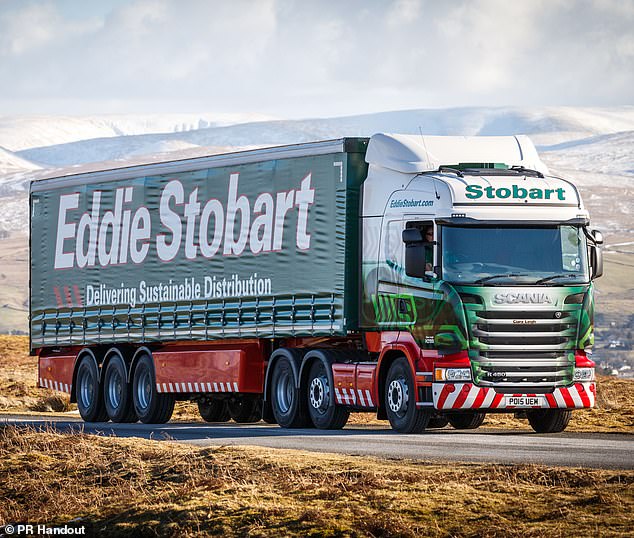 On the road to recovery?: An overwhelming 81 per cent of investors backed Dbay’s rescue deal

The result came as a kick in the teeth for Tinkler, who arrived in a Rolls-Royce, after he claimed this week that his rival bid for Eddie Stobart had the support of a ‘vast majority’ of shareholders.

But it appears that investors were cowed by a threat from the firm’s lenders, a group of banks owed £200m, to push it into administration if Dbay was not approved.

Eddie Stobart found itself in hot water this summer after discovering a massive black hole in its finances, due to historical mis-statements in its accounts.

Its lenders, who include Allied Irish Bank, Bank of Ireland, BNP Paribas, and Belgium’s KBC Bank, could afford to call the shots as they were waiving debt repayments to keep the company afloat.

If they had called in their money, the haulier would have plunged into administration. Tinkler said after the vote: ‘Eddie Stobart has been a great source of personal pride for me ever since I was first employed to wash and maintain the trucks in the early 1980s, through to being chief executive from 2004 to 2014.

‘I hope the company can return to its former glory and the board continue to work in the interests of all stakeholders to help this iconic business thrive again.’

His bid to rescue the company pitted him against his former brother-in-law William Stobart, son of the company’s founder.

Tinkler wanted to be reinstated as chief executive, but it is Stobart who will return as executive chairman after backing Dbay’s plan. Dbay said: ‘Our transaction will bring immediate stability to the business. Eddie Stobart’s loyal staff are the best in the industry and we are pleased to be able to provide certainty over their jobs.’

The private equity firm will acquire a 51 per cent of the operating business, a subsidiary called Greenwhitestar.

Eddie Stobart shareholders will be left with a 49 per cent stake, meaning the value of their shares will tumble when the stock restarts trading on the London Stock Exchange.

Dbay will immediately give Eddie Stobart a £55m high-interest loan to see it through Christmas, and make a further £20m overdraft available. Eddie Stobart shares were suspended in August at 71p each.