Get Britain building to unleash an economic boom, Boris is told


Boris Johnson must use his huge Parliamentary majority to kickstart a revolution in housebuilding and transport and brush aside pleas for tax giveaways, one of the most influential Conservative business gurus urged last night.

Lord Wolfson of Aspley Guise said business lobby groups demanding a range of tax cuts and subsidies were acting like a ‘circle of pickpockets’.

The Tory peer, who is chief executive of £4billion retail giant Next, warned that tinkering with the tax rules risked having little overall impact on the economy – and could potentially make things worse. 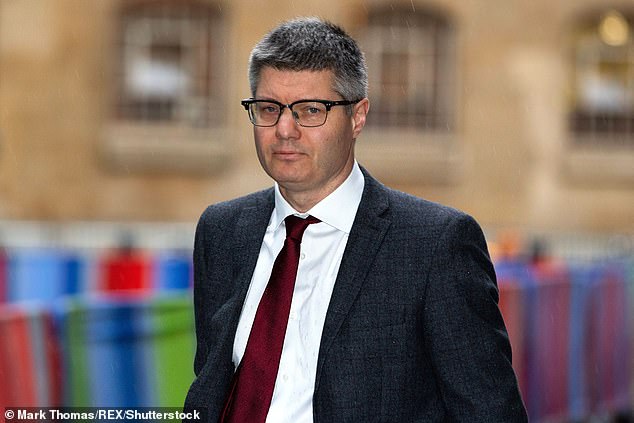 Instead, he urged the Tories to use their 80-seat majority to take decisive action on fundamental issues hampering Britain’s growth.

He highlighted restrictive planning laws that have held up the housing market for decades. Relaxing these rules would trigger a building boom that would help break the bottleneck of home ownership, Wolfson said.

The Next boss – one of the most respected voices in British business – added that London’s commuter train networks and the roads serving towns and cities elsewhere in Britain urgently needed improving to make workers and companies more productive.

He told The Mail on Sunday: ‘It’s very simple: less eye-catching, rabbit-out-of-a-hat subsidies and schemes, and more changes that will enable more people to live and work where they want.

‘What I think is needed is to look at the big levers that we can pull –and planning is by far the most important of those.

‘Planning stops growth, it slows it down. If we want our economy to grow faster, making faster planning decisions will do that. I think everyone understands there’s a problem with housing.

‘But the one thing people are reluctant to do is to pull the only lever – planning – that will actually make things better.’ 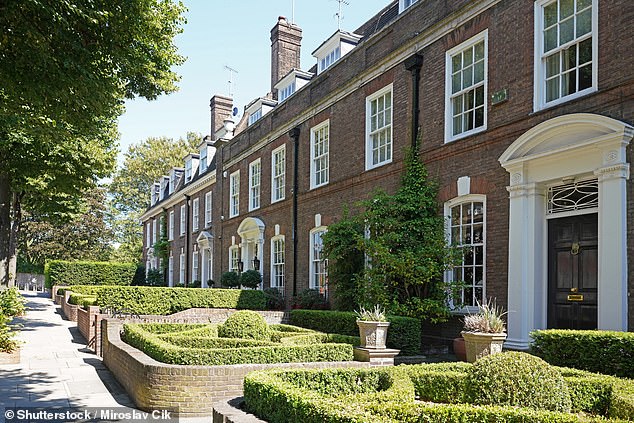 Lord Wolfson said the problem of ballooning property prices, the dearth of home ownership and high rents was entirely of our ‘own manufacture’

He said the problem of ballooning property prices, the dearth of home ownership and high rents was entirely of our ‘own manufacture’, adding: ‘For the last 30 years successive governments have, without really thinking about it, actively prevented people building the type of houses we want to live in, in the places we want to live.’

It was billed as the ‘biggest government intervention’ on housing since Thatcher’s Right to Buy in the 1980s but has ended up pushing up prices.

Wolfson said: ‘Under David Cameron, they did lots of things to try to make the housing market better. But all those things are like swallowing a spider to catch a fly: they just made things worse. Help to Buy, the idea you could make houses more affordable by throwing demand at a supply problem –first-year A-Level economics tells you that isn’t going to work.’

The Tory manifesto for last week’s Election included pledges to build a million homes in the next five years and ‘amend planning rules so that the infrastructure – roads, schools, GP surgeries – comes before people move into new homes’.

Wolfson said the Government needed to ditch the idea ‘that some great planner in the sky must decide where everything goes’. But he added a legal framework was still required to ‘make sure that buildings are built in a responsible way’ and provide the correct infrastructure.

Britain already has a vast range of subsidies and tax breaks in place for industries as diverse as fossil fuel – which a report earlier this year said received £10.5billion a year in subsidies – and property tax relief for high street shops.

The British Retail Consortium on Friday demanded that Mr Johnson ‘fulfil his manifesto pledge and urgently begin a fundamental review into the broken business rates system’.

And the Road Hauliers Association has asked for a cut in fuel duty. Wolfson called for caution when assessing such requests. He said the Government needs to remove barriers to growth rather than risk creating more by offering a host of giveaways and subsidies that could have unintended consequences. 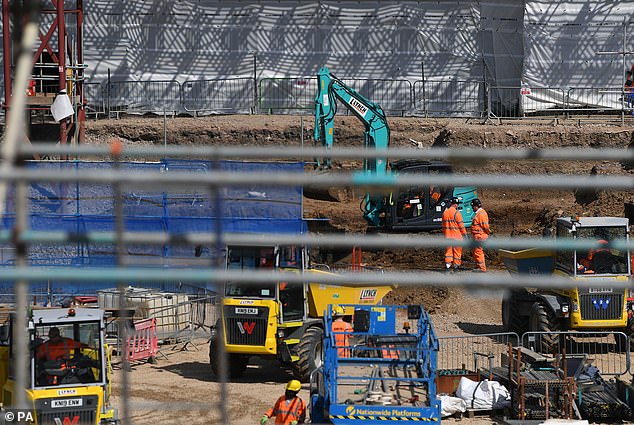 Lord Wolfson  said HS2, the proposed high-speed rail link between London and the North, was ‘a step completely in the wrong direction’

He added: ‘It’s just so futile. Everyone wants a tax break for their own industry and the Government spends a lot of time providing all those breaks, subsidies and all the rest of it, thinking they are doing good but that money has to come from somewhere, either from another industry or eventually their customers.

‘It’s a huge waste of time but it makes [politicians] feel they are doing something rather than changing the fundamentals of our economy.’

Wolfson said the other area which required immediate intervention was transport. Improving rail and road links would make a more marked difference to lives and productivity, he explained.

He said HS2, the proposed high-speed rail link between London and the North, was ‘a step completely in the wrong direction’ and money would be better spent on a legion of smaller projects to ease local congestion.

‘HS2 will deliver benefits in the distant future at vast cost, to a relatively small percentage of the population and for journeys they take relatively rarely.

‘The improvements that will make a massive difference are the ones no one will talk about – the small improvements to a junction on a road that means someone can spend half an hour more a day at work or with their kids.’