‘One of the most difficult decisions’: UK won't renew furlough program beyond October despite w… 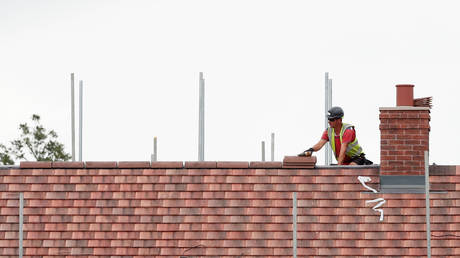 UK Chancellor Rishi Sunak has said a popular program to support furloughed workers amid the Covid-19 outbreak cannot last indefinitely. The opposition warned that many people will lose their livelihoods unless it is extended.

Under the program, which launched in April, employers can apply for grants to cover more than half of the wages of employees they were forced to furlough because of the lockdown. The scheme was later renewed until October 31 and has helped to retain 9.6 million jobs, according to government data. However, the program will not be extended any further, Sunak told BBC Radio Scotland.

It’s wrong to keep people trapped in a situation and pretend that there is always a job that they can go back to.

The chancellor said earlier on ‘BBC Breakfast’ that not prolonging the job retention scheme was “one of the most difficult decisions” he had had to make.

I think most reasonable people will say ‘gosh, that’s not something that can carry on forever.’

“In common with almost all countries around the world … their versions of this are slowly being wound down toward the end of the year,” Sunak said.

Also on rt.com
UK’s plan to pump billions into broken housing system won’t help those weeks away from post-Covid homelessness


The government has been under pressure to renew the program beyond October amid growing fears of a wave of job losses in the autumn. They are coupled with anxieties over a second wave of coronavirus infections, with the next planned phase of easing quarantine restrictions postponed last week due to the daily increase in Covid-19 cases.

Scotland’s Economy Secretary Fiona Hylsop argued that the scheme, which has proved to be vital for workers and businesses alike and “undoubtedly helped save lives,” should last longer in some parts of the country.

In a similar vein, Labour Party MP Ed Miliband warned that the government would be “culpable for thousands of workers across the country losing their jobs and livelihoods” if it ends the job retention program prematurely.

Also on rt.com
‘No, Sir, you’ll be inside’: Britons both dismayed & sarcastic, after discovering their homes may be BULLDOZED to fight Covid-19


London-based think tank the National Institute of Economic and Social Research advised that the government extend the scheme until June 2021. The institute’s Deputy Director Garry Young said that shutting down the scheme prematurely would be “a mistake” that would increase “the probability of economic scarring.”

Sunak, meanwhile, rolled out a plan to give businesses a one-off bonus of £1,000 ($1,308) for each furloughed worker who is still employed as of January 31, 2021. The government also plans to launch a £2 billion ($2.6bn) scheme to support creating “hundreds of thousands” of jobs for young people.