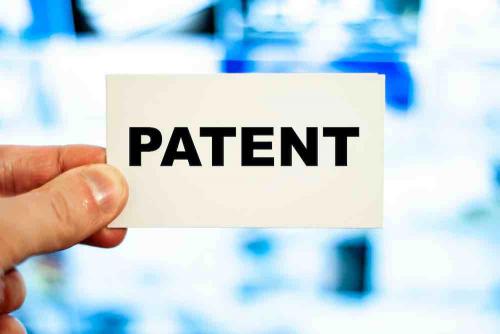 by spainops
in 18apr21
Comments are off for this post.


The regulations governing discovery in an inter partes review (“IPR”) proceeding do not provide for the same methods of discovery available in a patent infringement lawsuit.

All trial lawyers know the mechanics of a routine deposition: A long day in a conference room (or, these days, on a zoom call) where fact gathering is broken up by increments of “let’s take fifteen” for coffee, strategy discussions, and the like. Although depositions in an IPR proceeding have this same feel, IPR depositions can be very different from federal lawsuit depositions in terms of both scope and strategy.

In fact, aside from the general feel and format, there are not many other similarities. The nature of an IPR proceeding changes the “game” of a deposition. Depositions in an IPR proceeding function solely as a cross-examination and should not be viewed as an opportunity for traditional fact-gathering. To that end, the PTAB Rules limit the substance of these examinations to the scope of a witness’ direct testimony. This limitation can be somewhat of a double-edged sword.

On the one hand, the witness only needs to be prepared to opine on her direct testimony (generally, the contents of her declaration).

On the other hand, attorneys taking or defending an IPR deposition need to have a concrete understanding of what exactly falls “within the scope” of the witness’ direct testimony. Like many legal questions, the answer depends on the facts and circumstances of the case. However, in recent years the PTAB has provided a few guiding principles that the remainder of this article will address.

Google v. Cywee: The general rule for determining whether a question is within the scope of direct testimony.

In Google, the PTAB settled a dispute amongst the parties concerning the scope of cross-examination in an IPR deposition. There, the petitioner offered to make its expert witness available for two of the generally required seven hours of questioning. The petitioner argued that its expert opined in his declaration on “a narrow issue that d[id] not warrant seven hours of cross examination.” Google, 2019 WL 3928855, at *2. The petitioner sought instructions from the Board to limit the time and scope of the cross-examination. Ultimately, the Board refused to limit the seven-hour time constraint set forth in its regulations and held that the patent owner’s proposed scope was “too broad” while the petitioner’s proposed scope was “too narrow.” Id. The Board held that “a question posed . . . is properly within [the] scope [of direct testimony] if it has sufficient underlying basis in a statement made by [the witness] in his Declaration.” Id.

The Board has not given much additional guidance on what kinds of questions may or may not have a “sufficient underlying basis” in the witness’ declaration to be considered within the scope. Such determinations depend on the specific facts and issues at play in each individual proceeding. This requires witnesses and lawyers on both sides to have extensive familiarity with the contents of the witness’ declaration to effectively navigate the Board’s standard for acceptable scope.

Reactive Surfaces v. Toyota Motor Corp: Are questions relating to asserted grounds of unpatentability within the scope of direct testimony?

In Reactive Surfaces, the PTAB addressed a similar dispute. There the patent owner sought to limit the deposition’s scope to “only the direct testimony about the asserted grounds of unpatentability on which [the Board] instituted trial.” Reactive Surfaces, 2017 WL 2390889, at *1 (emphasis added). Conversely, the petitioner argued that cross-examination should be allowed on all matters that the expert “offered direct testimony that [were] not irrelevant to the grounds of unpatentability on which [the Board] instituted trial.” Id. (emphasis added). The Board disagreed with both parties when holding that the patent owner’s proposed scope was too narrow and the petitioner’s proposed scope was too broad. Questions about the expert’s direct testimony concerning asserted grounds of unpatentability that the Board did not rely on to institute trial were not allowed. However, the Board limited its holding by reminding the parties that the Federal Rules of Evidence apply to IPR proceedings. As such, “to the extent that [the expert’s] testimony constitutes ‘a matter affecting his credibility,’ cross-examination of that testimony will be permitted, even if that testimony relates to asserted grounds of unpatentability on which [the Board] did not institute trial.” Id. (quoting Fed. R. Evid. 611(b)).

IPR depositions can be tricky. Ascertaining the deposition’s applicable scope is just one instance where parties must tread lightly. It is important for both sides to understand the applicable scope before the deposition takes place. Against this backdrop, parties navigating IPR depositions would be well-served to revisit the grounds upon which the Board instituted review as well as the witness’ declaration. The importance of thorough and strategic preparation cannot be understated for an IPR deposition. With effective preparation, lawyers can spot questions or topics that do not have “sufficient underlying basis in” the declaration to preserve their objections in a meaningful way.