Rob Kardashian and Blac Chyna‘s have reached a private agreement over custody of their 10-month-old daughter Dream Kardashian, while the Lashed salon owner will no longer pursue a domestic violence case against her ex…for now.

The two had split earlier this year after a one-year relationship. In July, Rob posted on Instagram a slew of naked pics of Chyna and a video of her kissing another man, which he said she sent him. He accused her of cheating, belittled her and threatened that she would never see their daughter again unless she stopped “the alcohol and drugs and cocaine and X and E.”

Chyna responded on Snapchat by claiming Rob had “beat” her and obtained a temporary domestic violence restraining order against him. It does not involve Dream.

“Chyna is pleased that Rob has agreed to peacefully co-parent Dream with her, as she has been requesting all along,” her attorney Lisa Bloom told E! News exclusively on Friday.

“Because Rob agreed to continue to stay away from Chyna and not contact her, Chyna has agreed to take the domestic abuse hearing scheduled for Monday, September 18 off the calendar,” she added. “She will always have the right to go back into court if further incidents of domestic abuse occur. This agreement does not resolve all disputes between Chyna and Rob.”

The lawyer also responded to recent reports about their custody agreement, saying, “To correct some false statements…Rob does not have ‘more than 50 percent custody.'” 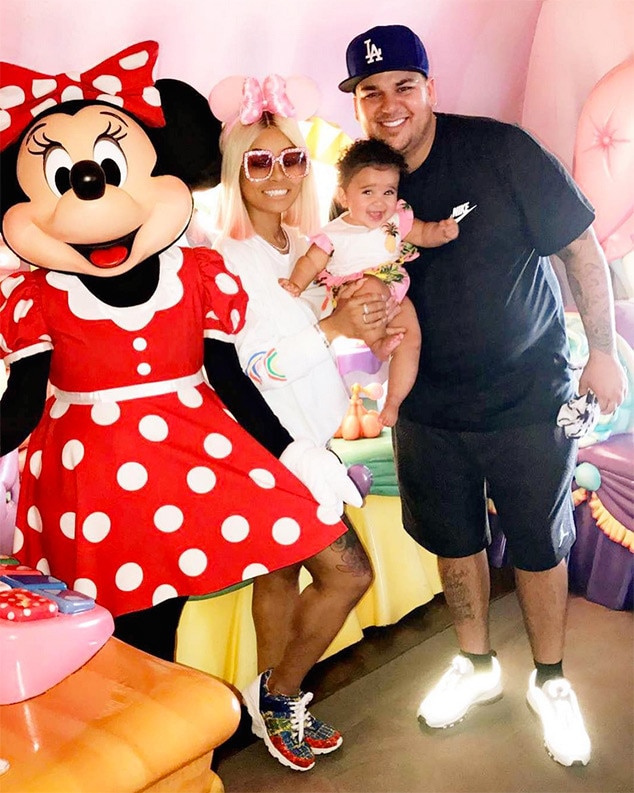 Kardashian’s attorney Robert Shapiro told E! News in a statement, “Rob and Chyna working together put the best interest of their child first and have amicably resolved their personal matters.”

After Chyna obtained her restraining order, Rob’s attorney Robert Shapiro told reporters the reality star and his ex “are both working together to do what’s in the best interest” of Dream, “On Mr. Kardashian’s behalf, I’d like to apologize for the events that have taken place. Moving forward, the priority is the well-being of the child.”

A week after Rob’s X-rated Instagram rant against Chyna, a source told E! News he was getting counseling, adding, “He wants to be the best dad possible.”

Another source said at the time that Rob apologized to his family over his rant. A third insider revealed that his mom Kris Jenner “really put him in his place” when they spoke over the phone about the incident and that she “told him that this was going to affect Dream in many ways if he didn’t get his act together.”

Rob also left social media after the rant. His family members have occasionally posted pics of Dream since then.

“I mean….. is this not the cutest picture you’ve ever seen?” his sister Khloe Kardashian posted on Instagram earlier this week. “Daddy/Daughter time! So cute together!”