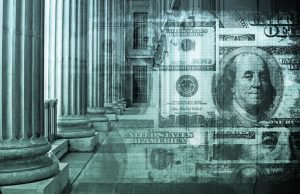 Litigation finance is booming. And as lawyers well know, with great expansion comes great… regulation. At last week’s most interesting conference on litigation finance, hosted by IMN, I learned about the latest developments at a panel entitled “Regulatory, Ethical, and Court-imposed Restrictions on Litigation Finance.”

Moderator Daniel Saval, partner at Kobre & Kim, opened by observing that the regulation of litigation finance is evolving and unsettled. It’s governed by a patchwork of regulatory sources, at both the federal and state levels, and new laws and regulations are constantly emerging.

One reason for all the regulatory activity: litigation finance is becoming more and more widely permitted. There was little need for regulation in the past, when the practice was flat-out banned in many jurisdictions by laws against champerty and maintenance.

As Professor Anthony Sebok of Cardozo Law explained, the bias against allowing strangers to get involved in the legal cases of others was strong, for much of Anglo-American legal history. According to Alan Zimmerman of the Law Finance Group, the prohibition on champerty goes back to at least 1275, when the Statute of Westminster went into effect.

But all this started to change in the last 100 years or so — and to change rapidly in the last 50 years. Today, about half of U.S. jurisdictions allow strangers to help strangers bring suits for pretty much any reason. There are some restrictions in some jurisdictions; for example, per Sebok, Peter Thiel’s bankrolling of Hulk Hogan’s lawsuit against Gawker could have been challenged as contrary to Florida public policy. But if the motive is profit, litigation financing is allowed in such major jurisdictions as California an New York.

(A practice pointer, from Zimmerman: when entering into a litigation financing contract, pay attention to the choice of law clause. Pick a state you have some connection with that doesn’t have a ban on champerty — he likes California, where his own firm is based — and provide that disputes arising out of the contract will be resolved under the laws of that state.)

Alan Zimmerman said he has no problem with this. In his view, telling the defendant that the plaintiff has access to capital — and won’t just roll over for lack of resources — can help speed resolution of the litigation, benefiting both plaintiff funder. To the extent that civil litigation is a form of economic combat, there’s no harm in letting your adversary now that you come to the battle fully armed.

Professor Sebok acknowledged this perspective, but explained why many litigation financiers have concerns over disclosure rules. First, there’s still some uncertainty over the degree of protection that courts will give to parties and funders when it comes to attorney-client privilege and attorney work product. Second, there’s a practical fear that disclosure requirements will allow defendants to wreak mischief by ginning up satellite litigation over waiver and privilege, making funding more difficult and more expensive.

Sebok added that the benefits of disclosure have not been well articulated. Some cite fears of the court having a conflict of interest because of a financing arrangement — but most funders are not publicly traded, making it unlikely that judges would be invested. Some point to concerns over making sure that the plaintiffs’ lawyers don’t allow the funders to control the direction of the litigation — but lawyers already have these ethical obligations, and there’s no real evidence that this is currently a problem anyway.

David Spiegel, managing director at GLS Capital, suggested that litigation finance firms should come together, perhaps in some sort of trade association or other organization, to develop and propose a set of disclosure rules that they can live with. As suggested by Sebok, such rules could call for limited disclosure focused on verifying a lack of conflicts — for example, in camera disclosure to the court, rather than public disclosure to the world, and disclosure of a summary of the agreement, as opposed to the complete funding arrangement.

Whether litigation financiers like it or not, more regulation is coming their way. So funders should proactively propose some reasonable regulations, instead of waiting for unreasonable ones to be forced upon them.

David Lat is editor at large and founding editor of Above the Law, as well as the author of Supreme Ambitions: A Novel. He previously worked as a federal prosecutor in Newark, New Jersey; a litigation associate at Wachtell, Lipton, Rosen & Katz; and a law clerk to Judge Diarmuid F. O’Scannlain of the U.S. Court of Appeals for the Ninth Circuit. You can connect with David on Twitter (@DavidLat), LinkedIn, and Facebook, and you can reach him by email at dlat@abovethelaw.com.