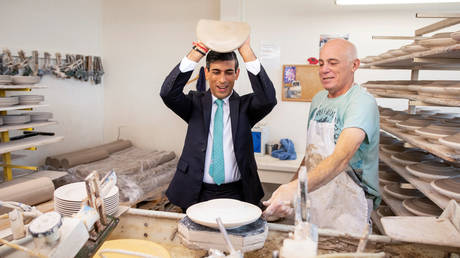 “The government will directly support the wages of people in work,” Sunak told Parliament on Thursday. It would give businesses “who face depressed demand the option of keeping employees in a job on shorter hours, rather than making them redundant,” the chancellor said.

The new Jobs Support Scheme, a part of the ‘Winter Economy Plan’, will run for six months starting in November, and will be open to all small- and medium-sized enterprises. Larger firms will only be included if their turnover has fallen during the crisis.

“It will support viable jobs to make sure that employees must work at least a third of their normal hours and be paid for that work as normal by their employer,” Sunak said. Together with employers, the government “will then increase those people’s wages, covering two-thirds of the pay they have lost by reducing their working hours,” he added.

The current furlough scheme, dubbed the Coronavirus Job Retention Scheme (CJRS), will be stopped at the end of next month. It supported around nine million jobs at its peak in May.

Britain’s statistics agency estimated on Thursday that one in eight workers were being helped by the program in early September. The CJRS paid employers 80 percent of the salaries of furloughed workers, up to £2,500 a month.

Sunak admitted he “cannot save every business and job” affected by the pandemic, leaving an opening for criticism from his opponents, who have already claimed the scheme will not prevent many furloughed workers from losing their jobs.


“This is a [very] big change from furlough. Less generous. Only open to those who are working a third of normal hours,” Paul Johnson, the head of the Institute for Fiscal Studies (IFS) think-tank, tweeted on Thursday. “Understandable given need to adapt as economy changes… But a lot on furlough now likely to lose their job.”

Prime Minster Boris Johnson, however, said his government was doing its utmost to protect jobs and described the new economic measures as “creative and imaginative.” Speaking of the finance minister’s plan, Johnson said: “That’s the balance in this package, it’s about working together to drive down the virus now, but also keep education and the economy going.”