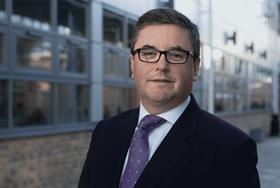 The government says up to £50m is on offer for criminal legal aid lawyers after unveiling the first tranche of proposals since commencing a review of fee schemes over a year ago.

Robert Buckland QC, the lord chancellor, said the proposals are an ‘important first step towards reviewing sustainability in the long term, ensuring fair fees, and delivering value for the taxpayer’.

Advocates would be paid extra in cases involving an unusually high amount of evidence, based on pages of prosecution evidence.

The basic fee for advocates in cracked trials would increase from 85% to 100% of the brief fee. This would extend to all cases that crack after the first Crown court hearing.

Litigators’ fees will be increased to ‘better pay’ for work done ahead of cases sent to the Crown court.

The ministry says the proposals, taken together, would result in an additional £32m to £50m for legal aid which would be split between solicitors and barristers.

In a blog post, Buckland said: ‘From my own lengthy time at the criminal bar, where my defence practice overwhelmingly consisted of criminal legal aid cases, I know about the hard work, energy and commitment required to prepare and present cases in court, and to ensure that the client fully understands the process.

‘I know that litigators seek to work efficiently and conscientiously too. Taken together, these proposals represent an additional £32m-£50m for criminal legal aid, with this additional funding estimated to be broadly split evenly between solicitor firms and barristers.

‘Following this first step, we will also consider hourly rates as part of the fuller review, particularly in the context of the sustainability of the wider market.

‘I recognise that there is much more for us to do. These discrete areas represent a first step towards the fuller review, which will focus on the sustainability of the whole criminal legal aid system. I hope that you will carefully consider our initial proposals for change, and that you will give us your expert and honest opinions about what we have proposed.’

The consultation closes on 23 March.