Are Joint Custody and Shared Parenting a Child’s Right? 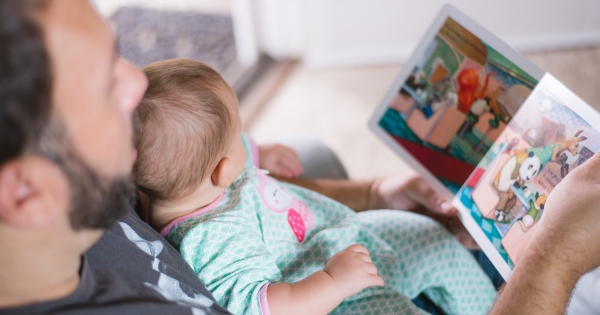 Many families with children separate all around the world. In France, for instance, nearly 200,000 children per year are affected by the divorce of their parents. After divorce, just over seven out of ten children (73%) live only with their mother and visit their father on alternate weekends. This phenomenon begs the question of the short- and long-term fate of these children, particularly in light of research showing that the active involvement of both parents in children’s lives is vital to their development and well-being.

The United Nations Convention on the Rights of the Child (1989), as well as the European Union Charter of Fundamental Rights (2011, Article 24), mandates that children should be allowed to maintain meaningful relationships with both of their parents. In parallel, the father’s involvement in rearing and childcare tasks in the family has grown significantly in recent decades, which in association with the salience of mothers’ engagement in labour market participation, has called for new family arrangements that need to be taken into account in public policies.

Most importantly, recent studies have clearly demonstrated that children’s ongoing relationships with both parents are vital, regardless of children’s age and situation. These convergences raise the question about needed reforms in social-legal policies and the therapeutic practices focused in post-divorce/separation relationships and living arrangements, in order to improve the welfare, development, and the “best interests” of children whose parents live apart. Additionally, they point out to the importance of raising public awareness about the importance of carrying out these reforms.

The right to maintain regular relations with both parents

The Convention on the Right of the Child, Article 9-3, emphasizes

“the right of a child separated from both parents or one of them to regularly maintain personal relationships and direct contact with both parents, unless it is contrary to the best interests of the child”.

This right is most salient to situations of parental separation, referred to in Article 9-1, which states that, “States Parties shall ensure that a child shall not be separated from his or her parents against their will, except when competent authorities subject to judicial review determine, in accordance with applicable law and procedures, that such separation is necessary for the best interests of the child.”

However, neither children’s rights nor the definition of their best interests is a straight forward definition, either in the Convention or in family laws. These concepts need to be interpreted according to the unique situation and circumstances of each child. This interpretation falls under the responsibility of the judges, but it is also the concern of international organizations focused on the well-being of children. Thus, a 2014 conference under the aegis of the Council of Europe concluded that:

“There is no comprehensive definition of the concept [‘best interests of the child’], and that its vagueness has resulted in practical difficulties for those trying to apply it. Some suggest that ‘best interests’ should therefore only be used when necessary, appropriate and feasible for advancing children’s rights, whereas others see the flexibility of the concept as its strong point.”

We advocate a “best interests of the child from the perspective of the child” approach to replace the current standard, taking into account the results of child-focused research on the consequences of parental divorce on children’s well-being.

The balance between work and family life

The recognition that the child benefits from both the care and close relationships with both parents reflects changes toward more equal divisions of parenting and domestic tasks between mothers and fathers, as well as in the role of each in work-family articulation, in the context of the dual earner family model. This means that the male breadwinner/female housewife and caregiver family model has become obsolete either as a family practice or as a basis for family policies.

Social and political advances have resulted in girls’ access to higher education and women’s integration into the professions. Undeniably, further progress remains in this regard. For instance, maternity leave should be adapted to allow for better retention in employment, and paternity leave should be extended to allow fathers to build, maintain or strengthen ties with babies and very young children.

Current psychological research demonstrates that there is no competition between children’s attachment to the father and mother. Instead, children are predisposed to build and enjoy multiple attachment bonds. Mothers are not necessarily, by nature, more sensitive and responsive to children than fathers. A key factor in the development of attachment bonds is the amount of time spent interacting with the child: the more the parent is engaged in the care of the infant and child, the more sensitive and responsive the parent becomes to the child’s signals.

A balance between work, family and personal life, allowing both parents to build a secure bond with their child, reinforces the application of Article 9-3 of the UNCRC. Since the children have established significant relationships with both parents, they must have a residential arrangement that allows them to maintain and preserve these relationships after divorce/separation.

The consequences of residential arrangements on health and welfare

Current research converges in the results on the consequences of different residential arrangements of children whose parents have separated. The large-scale studies conducted in recent years are enlightening.

Research from Sweden and other jurisdictions shows that young children (3-5 years old) who live in equal shared parenting have a level of well-being equivalent to that of the children from intact families. Parents and teachers, on the other hand, note psychological problems in children living mainly with one parent. Identical results are shown with teenagers aged 12-15. These results are independent of the socio-cultural level of parents. A study with 5,000 teenagers aged 10-18 confirms and clarifies these results: neither children in equal shared parenting nor their parents are disadvantaged or hampered for changing frequently their place of residence. In Norway, a study with more than 7,000 teenagers aged 16 to 19 does not show significant differences between teenagers living in equal shared parenting or nuclear families in terms of their physical health, their emotions and their social behaviour.

On the other hand, in all cases and on almost all indicators, children and teenagers living in a single parent residence are disadvantaged. This does not mean that only sole residence is the cause of this situation.

Studies conducted in the United States show that these benefits are also valid for very young children, under three years. Regardless of the level of conflict of the parents, their degree of study or income, the more the baby (1 year) or toddler (2 years) spent nights with his or her father, up to 50%, the more relationship with both his or her parents at the age of young adult (19 years) is healthy and balanced.

The best interests of the child in the 21st century

International organizations and national courts are focused on preserving the well-being and best interests of children. However, many constraints to child well-being persist, and keep infants, toddlers, children and teenagers within a mother-centred mode of care and education in post-divorce/separation families. These barriers work to the detriment of children, fathers and mothers.

The maternal deference standard is unfavourable to children, and seems contrary to article 2-2 of the UN CRC, which states that, “States Parties shall take all appropriate measures to ensure that the child is protected against all forms of discrimination or punishment on the basis of the status […] of the child’s parents.”

Parents’ and professionals’ reflections and decisions might be more relevant, if professional practices and legal judgments prioritize the terms of residence that allow the child to have “personal relationships and contacts with both parents’ to the maximum degree possible.

The concept of the “best interest of the child in the 21st century’ will be the focus of discussion and debate at the Fourth International Conference on Shared Parenting, to be held in Strasbourg, at the Palais de l’Europe, on 2018, November 22 and 23.

All information about the program and the registrations are available at strasbourg2018.org.

This article is republished from The Conversation under a Creative Commons license. Read the original article.
—

Do you want to talk about how to have richer, more mindful, and enduring relationships?

—
Photo by Picsea on Unsplash