The government’s own modelling suggests the Crown court backlog may not return to pre-pandemic levels until 2025 at the earliest, the public spending watchdog has revealed.

In a highly critical report, the National Audit Office also said the Ministry of Justice and HM Courts & Tribunals Service were ‘not yet working towards shared, strategic objectives for recovering in criminal courts’ and had a ‘poor understanding’ of how the court recovery programme has affected vulnerable and ethnic minority users.

According to the report, the Ministry of Justice’s latest models indicate that the backlog could be between 17% and 27% higher than pre-pandemic levels by November 2024.

To inform Spending Review negotiations with HM Treasury, the MoJ set out two scenarios – an ‘ambition’ and a ‘cautious’ approach – that forecast a backlog of 48,000 and 52,000 cases respectively by November 2024.

The report says: ‘Both scenarios assume increasing the use of part-time judges to unprecedented levels. Since the two sets of projections are very similar, it is difficult for decision-makers to understand the reasonable range of potential outcomes from their funding and other strategic decisions.’

The ministry then developed a third scenario to support its Spending Review discussions, which assumed maintaining the funding agreed in the 2020 Spending Review and forecast a backlog of 72,000 cases by November 2024. 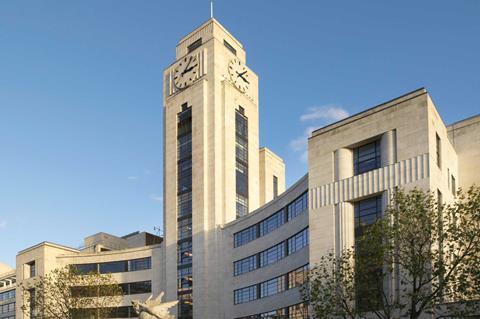 Other ‘significant risks’ identified by the NAO to the government’s long-term efforts to reduce the backlog include judicial availability, the capacity of other criminal justice agencies and long-standing data limitations, which obscure understanding of future demand.

On a more positive note, HMCTS is praised for responding quickly in the early stages of the pandemic, prioritising staff and court user safety, and access to justice for urgent cases.

Commenting on the report, National Audit Office head Gareth Davies said: ‘Despite efforts to increase capacity in criminal courts, it looks likely that the backlog will remain a problem for many years. The impact on victims, witnesses and defendants is severe and it is vital that the Ministry of Justice works effectively with its partners in the criminal justice system to minimise the delays to justice.’

A spokesperson for the MoJ said: ‘This report recognises the speed at which we responded to the Covid-19. This meant that – in a matter of months – our buildings were made safe, remote technology was rolled out across all courts, and Nightingale courtrooms opened up and down the country to increase the space available for trials.

‘We are already seeing the results, with outstanding cases in the magistrates’ courts falling, and in the Crown Court, the backlog stabilising.’

Law Society president I. Stephanie Boyce said the report ‘highlights the lack of capacity and the dire need for investment, resulting from years of cuts including court closures, underfunding of legal aid and caps on judicial sitting days – all exacerbated by the pandemic’.

‘Next week’s budget must deliver the investment needed to ensure victims, witnesses and defendants are able to get timely access to justice,’ she added.