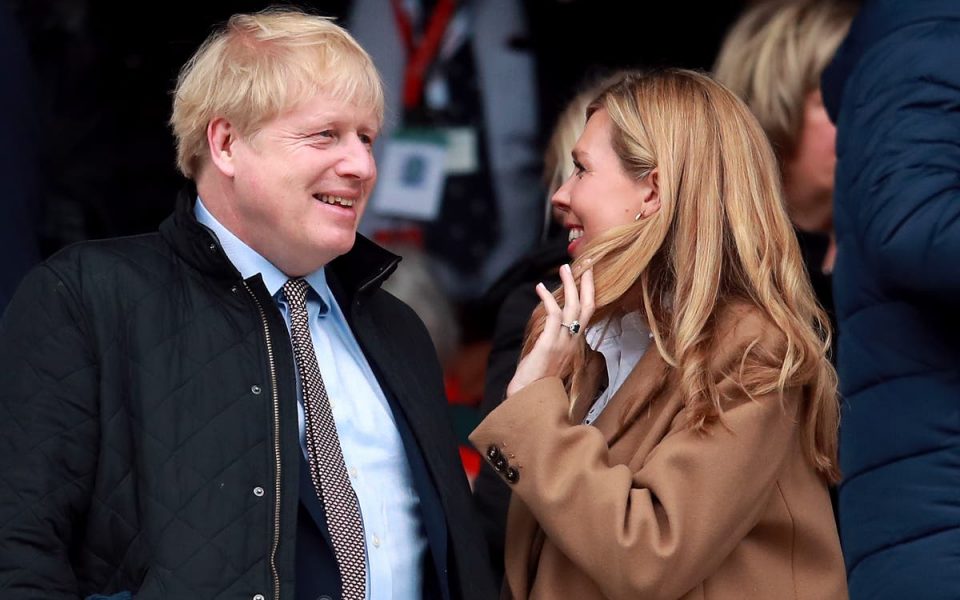 The Prime Minister married his fiancee Carrie Symonds in a private ceremony at cathedral on Saturday.

On Sunday church-goers expressed concern and called for clarification about how the ceremony was allowed to go ahead as Catholic canon law does not allow re-marriage of a divorcee whose former spouse is still alive.

Mr Johnson is twice divorced. He was first married for six years Allegra Mostyn-Owen. He was then married for 27 years to Marina Wheeler. Their divorce was finalised in 2020.

But as neither were Catholic ceremonies, it is believed they were considered invalid by the church.

Mr Johnson was baptised as a Catholic, but was confirmed as an Anglican as a teenager, while his new bride is Catholic.

One member of the congregation, named only as Maria told The Telegraph she asked the priest for clarification. The newspaper reports she was baptised in the cathedral and has been attending for 70 years.

Maria said that the priest had been unable to tell her why a divorcee was married in Westminster Cathedral.

“It needs clarifying,” she said.

Elizabeth Pierce, 68, said: “I don’t understand how they got married here because he’s been divorced… and the Catholic church doesn’t condone that, so once you’re married that’s it.

“I don’t want to be the first, as it were, to cast the first stone but it doesn’t look very well for us, his former past.”

Matt Chinery, an ecclesiastical and canon lawyer, told Times Radio on Sunday: “There is a requirement if you are a Roman Catholic that you must have your wedding overseen by a Roman Catholic priest or deacon.”

He explained that any other form of marriage “is not valid unless you had previous permission from your bishop to marry outside of the Catholic church”.

A spokesman for Catholic Voices told The Telegraph: “The PM entered into a sacramental marriage yesterday. Many will ask: how is it that the Catholic Church, famous for its vigorous commitment to the permanence of marriage, should be witnessing the marriage of a twice-divorced PM who is publicly notorious for the opposite?

“What kind of message does that send? But Catholics have a right to the sacraments, and if they fulfil the requirements in law, and properly enter into them, no one can stop them exercising those rights.”

“All necessary steps were taken, in both Church and civil law, and all formalities completed before the wedding.

“We wish them every happiness.”