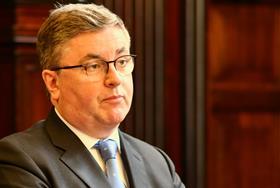 The government could face legal and strike action over its decision to resurrect extended court operating hours as part of the widely-trailled ‘Beating Crime Plan’ unveiled today.

In February the Criminal Bar Association – which instructed heavyweight firm Mishcon de Reya to fight ‘Covid operating hours’ – claimed the controversial scheme had been abandoned for the ‘foreseeable future’ – although the Ministry of Justice said the scheme continued to be under review by the lord chancellor following last year’s consultation.

Today, the Ministry of Justice announced that judges will have the option to open courtrooms for longer under new ‘temporary operating hours’, proposing two models that would run alongside normal operating hours in the other courtrooms.

The ‘blended model’ would involve running two separate jury trials listed in one courtroom: one from 9am to 1pm and one from 2pm to 6pm.

The ‘remote model’ would be for sessions held entirely remotely where the hearing takes place outside of the standard 9am-5pm operating hours. These sessions would consist of non-trial work, such as pre-trial preparation hearings (PTPHs), mentions and sentencing. The MoJ says this would benefit those with caring responsibilities, removing any commutes.

The ministry said today’s decision follows ‘successful pilots… which saw more cases flow through each week. It is designed so that no individual would be expected to work any longer than they currently do’.

However, data published by HM Courts & Tribunals Service last year contradicts this. Court staff, judges and legal professionals who worked the afternoon session reported arriving home later in the evening, which affected their work-life balance. A judge said the afternoon court was not equal to the morning court.

A separate survey by Women in Criminal Law highlighted the devastating impact that extending court operating hours would have on their health, work-life balance and careers.

Today’s announcement was met with immediate anger. High-profile anonymous blogger The Secret Barrister declared that it was time to strike:

We already work 70 hours+ per week.

Many hours for free.

These extended unpaid hours – 6am to midnight – will force caregivers out of the profession.

Law Society president I. Stephanie Boyce said: ‘We remain concerned that extended hours will have a disproportionate impact on advocates with caring responsibilities. Moreover, we are unsure how practical it will prove to implement such measures, given the demands this will place on court staff, judicial time and lawyers; or to what extent any extended sessions will actually increase available capacity in practice.’

‘It will be vital that the judiciary take full account of the views of court users before proceeding with any proposals to sit extended hours.’

CBA chair James Mulholland QC told the Gazette that the association is ‘reviewing all it’s options in close co-ordination with circuits with the safety and welfare of criminal barristers foremost in mind’.

Other measures announced today include reopening 60 Crown court rooms and extending the leases of 32 Nightingale court rooms until April.

Lord chancellor Robert Buckland QC MP said: ‘I’m delighted that we can begin to carefully reopen more of the courts estate – increasing capacity significantly to deliver swifter justice for victims. We’re also giving judges greater flexibility to open courts for longer and move more hearings online, while extending the leases of Nightingale Court rooms which have been crucial in helping reduce delays during the pandemic.

‘Alongside our plan to have no limit on the number of days Crown Courts can sit for this year, we are pursuing every available option to ensure the justice system can build back stronger as quickly as possible.’