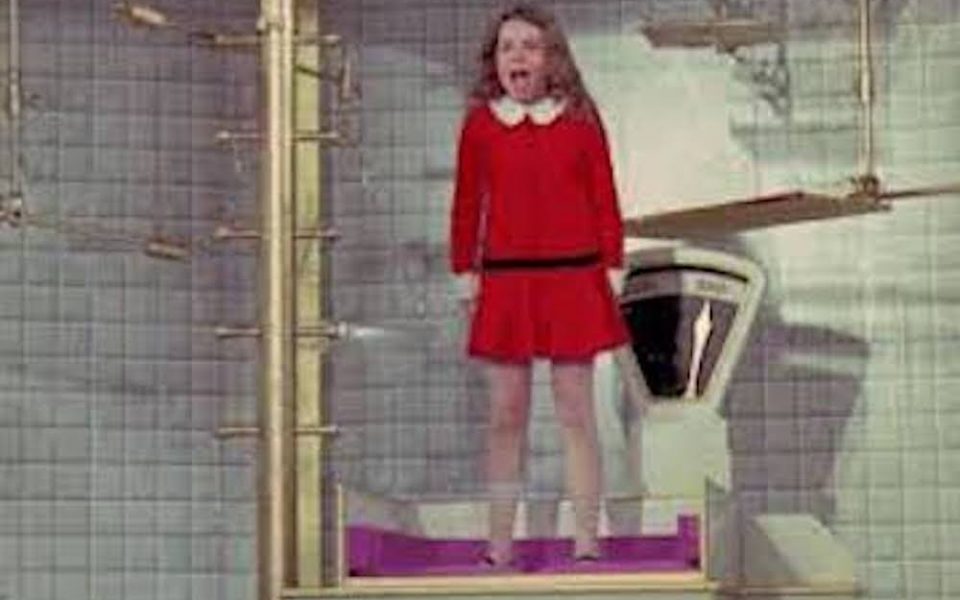 Going Through A Divorce? A Word That Will Keep You Out of The Garbage Chute

“Daddy, I want it now!” whined Veruca Salt throughout the 1971 classic film, Willy Wonka & the Chocolate Factory. I often wondered why Salt couldn’t wait a day and just ask her dad to give Mr. Wonka a call to talk about the golden goose. If she’d have just had some PATIENCE and enjoyed the day, she wouldn’t have ended up in the garbage chute. Salt should be a lesson to men and women going through a divorce.

Why? Because when going through a divorce, patience is the biggest key to an easier time in coping with divorce; a time that is probably one of the most devastating, fearful, stressful and depressing in a person’s life.

Having patience isn’t easy while going through a divorce.

I would know. I might be one of the most impatient people I’ve ever come across. In fact, those who know me personally and who are reading this are laughing out loud right now because they can’t believe I am giving advice to other people about being patient. But what I’m trying to saying is, I get it. We all want it now, (like Veruca.) And, our society has become a place where we get what we want now.

So, when it comes to divorce, we want to be able to pick up our Smartphone and say, “Siri, give me a divorce now.” But, the thing about going through a divorce is that it takes time. It takes A LOT of time. From the time one or both people decide to get divorced up until the time the papers are signed and it’s final could take years. And, like Veruca, we don’t have patience. WE WANT IT NOW!!! So, we whine and kick and scream and cry and our fury makes Veruca look like a pussycat.

When going through a divorce, people lack patience for the following:

Whenever I think of divorce attorneys (and I’ve had a few different ones– one who was pretty good and two who were awful) I still get stressed, annoyed and even a little bit angry because I feel like you pay pay pay and things move at a snail’s pace, and months and months—sometimes years go by and you’re thinking, “I can’t believe this is taking so long!”

But the thing is, it’s not the attorneys fault. Because even if you have the best attorney on earth, the process takes time. It just does. Hearings take time to get and things can get delayed in court. For example, one of my hearings got moved twice—two months later because my judge had hip replacement surgery.

Another reason divorces take so long is that the divorcing couple’s relationship keeps changing due to life circumstances. For example, you think you might have come to a deal (an agreement for a settlement) and then one person loses their job. Now it’s back to the drawing board. Or, one of the people finds out that their soon-to-be ex is in a serious relationship. This changes everything because the person is so upset and angry, that they decide they want to change the deal they previously made. Unfortunately, decisions are sometimes made based on anger and emotions.

2. Getting over the actual breakup.

I can remember crying and crying and thinking, ‘When am I going to wake up and not cry?’ and then one day I did. But then I cried the next day. But, my crying every day became less and less frequent, until it didn’t happen anymore. BUT, I had to be patient because it took months, even years. I hope that doesn’t make you feel hopeless because amidst the crying there are good days and good things. What I’m saying about the crying is, the frequency is continually reduced.

He’s out there! But again, you have to be patient. You are going to meet him when fate decides you are going to meet him, and when you are in a good place with yourself, which is probably not on your timetable. Do you know why there are so many divorces in second marriages? Because the people lacked patience. They wanted to be married again, so they rushed into it before healing from their first marriage and before really knowing the person.

In closing, patience might be one of the hardest things to manage. But, if you are wise enough to find it, your divorce journey will be a lot smoother. AND it will have a happier ending. Instead of ending up in the garbage shoot, you’ll find yourself polishing your golden egg!

Like this article? Check out, “20 Things I wish I could have told my newly separated self.”

The post Going Through A Divorce? A Word That Will Keep You Out of The Garbage Chute appeared first on Divorce Blog | Divorce Support Blogs.