Previous postNHS litigation: grounds for optimism | Opinion
Could a ‘fast-track’ divorce leave you out of pocket?Next post

Helpful vs. Unhelpful Counseling in Divorce


As a therapist and family lawyer, I have seen counseling as an important way to help people go through the painful process of separation and divorce. But I have also seen how it can be misused so that individuals and/or their children are negatively impacted by counseling. In high conflict divorces (perhaps 20 percent of divorces), some of which may involve personality disorders, the risk of these negative impacts can become even more significant. 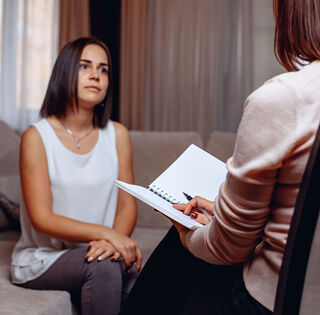 Separation and divorce are emotionally trying times. Getting support and assistance in managing daily life at this key time can be very valuable. A good counselor knows how to be empathetic even when a client’s feelings can be overwhelming or extremely angry. Counseling can help in developing a greater understanding of why the divorce happened and sorting out what was the partner’s part and the client’s part, so there can be growth and change. This can be particularly beneficial when coming out of an abusive relationship and learning warning signs of abusive personalities to avoid in the future.

On the other hand, when individual counseling can become unhelpful is when it is used to simply blame the other partner in the relationship without taking any responsibility for one’s own behavior. When the counselor joins with the client in blaming the other person for 100 percent of the problems that occurred, no growth happens and history may repeat itself. There’s always something the client can work on, if only how to avoid such relationships in the future.

In addition, when there is a court case, such as about disputed custody of children, I argue that it is unhelpful for a counselor to write a letter to the court stating how blameless their client is and how awful the other party is—especially if the counselor has never met the other party. Unfortunately, such letters can carry a lot of weight in court and there are still counselors who occasionally do this. It’s better to have a neutral evaluator assigned to the case for an objective point of view. It is always possible that the therapist has been misled and in some cases, an abusive and lying person can use an unwary therapist to harm the other parent and gain control of the child.

Even when it’s clear that a couple is separating or divorcing, it can be helpful to talk through these changes in the family in couple’s counseling and how to best handle them. This way, people are more able to part in peace and be more cooperative as co-parents. This may just be a session or two of couples counseling.

When this is unhelpful is when the divorce is clearly happening and one party has a personality disorder or traits, which means that they are very unlikely to reflect on their own behavior, unlikely to change, and may be preoccupied with blaming the other person. Having joint sessions in such cases only reinforces this one-sided dynamic.

If a therapist tries to treat both parties as equal contributors to their problems when that is not the case, this will reinforce the dysfunction rather than bring significant change. This can empower an abusive partner and increase a target partner’s sense of helplessness.

During a divorce process, children and teenagers can be helped by talking with an independent person to talk through feelings and thoughts. With such a counselor, the child doesn’t have to worry about offending either parent when discussing upsetting situations, offering criticisms of a parent’s behavior, and/or forming their own opinions. This can be particularly true with teenagers and pre-teens, who are trying to develop their own identities as they are growing up.

However, the individual child therapist may inadvertently reinforce an unhealthy alliance by accepting the child’s complaints about the other parent. This fails to soften the child’s resistance 99 percent of the time, in my experience. If the therapist tries to get the child to adopt a healthier view of both parents (such as each has strengths and weaknesses), the child may angrily reject the therapist and the therapy will end. It’s better not to try individual child therapy until it is clear that it will be beneficial and not reinforce a parenting dispute.

In some divorce cases, there has been a history of physical or emotional abuse by one of the parents against the child, such that the child builds up resistance or refusal to see that parent. There are cases in which the child and the abusive parent can benefit from joint counseling sessions, guided by an experienced therapist, and where progress is often seen.

However, in other cases, a child may resist or refuse to see a parent because of parental alienation when negative behavior has come from the “favored” parent and the child has absorbed this against the “rejected” parent. Often, a pattern of alienating behaviors, intensely upset emotions, and negative comments without any positive statements about the other parent has passed from the favored parent to the child. In these cases, the rejected parent is wrongly seen as the source of the child’s rejection and courts commonly order “reunification” counseling between the child and the rejected parent.

In my experience, this fails the vast majority of the time. Instead, the parent engaged in alienating behaviors needs to be involved in counseling as well, to stop these behaviors. Otherwise, the reunification counseling strengthens the child’s resistance.

In short, counseling for growth can be very helpful in separation and divorce. Counseling that is used to get an advantage in the divorce process, however, will make things worse. Individuals and counselors need to recognize these differences in the use of counseling in divorce.