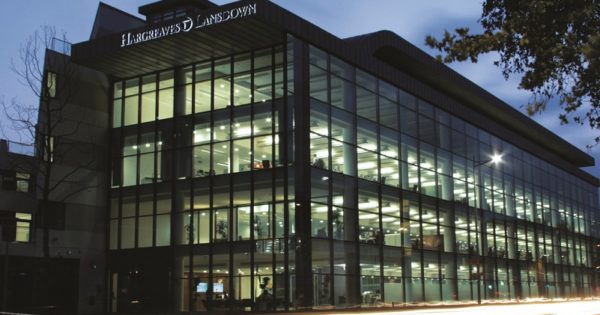 by spainops
in 28mar21
Comments are off for this post.

Hargreaves Lansdown could be taken to court for its continued cheerleading of the Woodford Equity Income fund up until its collapse as it receives its first letter triggering litigation.

RGL Management confirmed on Monday it had launched formal proceedings against the FTSE 100 platform giant to recover losses suffered by investors following the collapse of the £3.7bn Woodford Equity Income fund.

Simultaneously it is pursuing a claim against Link Fund Solutions, the fund’s authorised corporate director, for its role in the fund’s demise.

The claims will centre around the losses sustained directly as a result of the collapse of Neil Woodford’s fund, since renamed LF Equity Income, and also the “loss of opportunity losses” from investors “missing out on alternative investments, that, in contrast to the WEIF, would have generated positive returns,” RGL said.

The total value of the claim is expected to be at least £100m but could be worth “significantly more”.

RGL Management is now the third firm to issue a letter before action (LBA) which is required to trigger the litigation process but is the first to specifically go after Hargreaves. Harcus Parker and Leigh Day, the two other firms to issue LBAs, have gone after Link alone.

RGL CEO James Hayward said bringing a case against both Hargreaves and Link “offers the best chance of a full recovery of losses for WEIF investor claimants”.

The letter before action sent to Hargreaves by Wallace, RGL’s partner on the Woodford case, alleges the D2C platform failed to “provide accurate, adequate and up-to-date information” about the Woodford fund in the lead-up to its suspension, the Mail on Sunday reported this weekend.

Hargreaves Lansdown declined to comment but Portfolio Adviser understands the D2C giant has received an LBA.

RGL claims that Hargreaves knew of the fund’s liquidity issues as early as November 2017 but continued to promote the fund on its Wealth 50 buy list until its collapse on 3 June 2019. Around 292,000 Hargreaves customers had exposure to the fallen fund directly or indirectly via its multi-manager range.

RGL’s claim against Link relates to its “failure to appropriately administer and manage” Woodford’s former fund. As the fund’s ACD it had a legal obligation to ensure the fund operated in accordance with how it was promoted and sold to investors and keep tabs on portfolio liquidity and diversification, RGL claims.

“It is clear that both Link and Hargreaves Lansdown have some serious questions to answer,” Hayward said.

“RGL has extensive expertise in building large and complex legal actions and our legal team has built a very strong case against both parties. We are very confident in the merit of our claims.”

RGL claims to offer the most “competitive rates of return” compared with equivalent rival claims. Should its claim be successful it can take up to 25% of client’s winnings including VAT. Harcus Parker has said claimants will pay up to 35% of damages including VAT, while Leigh Day intends to take 30% including VAT.

So far over 2,000 investors have signed up to RGL’s claim and the firm said, “the numbers continue to grow daily”.

By contrast, Harcus Parker has amassed more than 6,000 clients, while Leigh Day is representing 4,000 clients in their respective challenges against Link.

Harcus Parker’s claim against Link appears to be the furthest ahead, having already received a reply from Link to its LBA sent last July.

Portfolio Adviser revealed the London litigator hopes to launch its multi-million-pound class action before the summer.

Leigh Day sent its LBA to Link earlier this month and has given the ACD three months to respond.

See also: Hargreaves looks set to dodge a bullet as litigators home in on Link over Woodford collapse