Previous postSocial media and divorce: The problems it creates
Strategies for Manufacturers Who Wish to Exit Distribution Agreements Without Protracted Litigation ...Next post


Alan (not his real name) has been divorced for five years. He comes to see me because he has continued to suffer from anxiety, depression, and bouts of anger. His girlfriend recently ended their relationship because he often complains about his ex-wife and she worries about his increased alcohol use. He feels his life has stalled and recognizes that he is stuck.

One of my first goals in working with someone like Alan is psychoeducation. I want to help him understand how the divorce has affected him by putting the divorce into perspective. Once we reduce his symptoms of anxiety and depression, we can begin to deconstruct the marriage, the factors that led to the divorce, and the lessons he can learn so that he doesn’t repeat his mistakes. Over the next few months, Alan works to build up a social support network of friends, old and new and reclaim some interests and hobbies that he had given up when he got married.

I want Alan to understand that the effects of a divorce can be long-lasting. Most parents, like Alan, focus on their children after a divorce, and there is a lot of research about the long-term effects of divorce on children. Much of my work is counseling parents about how to minimize the damage of divorce to their children. Alan and his ex have co-parented well for the past five years, although he shares that his children have expressed their worries about him. They notice that he’s lonely, and it upsets them to see how angry he still is about the divorce. Another goal in our work, then, is to help Alan feel better about “how I show up for my kids.”

Although we know the process of separation and divorce is a life crisis, we rarely discuss the long-term effects of divorce on adults. Most people suffer mental health symptoms during and after a divorce, for a year or two. Typically, it takes that long to adjust to your new life after the divorce is over. But if you are experiencing intense anxiety or depression or other mental health symptoms, or still dealing with divorce-related emotions a couple of years after the divorce is over, you need to seek support and help. This is why Alan’s decision to seek therapy is such a good idea.

Research on the long-term physical effects of divorce

The physical effects of divorce have now been studied and research shows that decades after a divorce, you may have serious chronic health issues. Research published in the Journal of Men’s Health found that divorced people, both men and women, years after their divorce, suffer higher rates of mortality, depression, illness in general, and substance abuse than do married people.

The effects of divorce

According to study co-authors Linda J. Waite, Ph.D., of the University of Chicago, and Mary Elizabeth Hughes, Ph.D., of Johns Hopkins Bloomberg School of Public Health, people who are divorced (or widowed) are 20% more likely to suffer from long term health problems, such as heart disease, cancer, diabetes, digestion or metabolic problems, or other chronic health issues. They are also 23% more likely to have trouble with mobility, such as walking or climbing stairs. People who remarry fare somewhat better, but still have 12% more chronic illnesses and are 19% more likely to have problems with mobility than married people who never divorced. If they remarry, their rate of depression decreased.

According to the study, the mortality rate for divorced men is nearly 250% greater than for married men.

Men generally have less social support than women, and often have lost some friends, so they do not have the same emotional support they had before the divorce. This increases their risk for adverse health effects.

Steps you can take to reduce the negative effects

Many changes after a divorce can cause long-term stress. Financial circumstances after a divorce may change as people adjust to a lower standard of living, which causes stress and hardships. Co-parenting, conflicts with your ex, worries about your children, balancing parenting time with work, and many other factors contribute to the potential for chronic stress after your divorce. Seek strong support from friends and family, and therapy if you continue to suffer after the divorce. In therapy, you can learn how to cope with stress in positive ways that preserve your health.

Long-term, chronic stress erodes the immune system, which may explain many of the negative health outcomes. Due to a weakened immune system, divorced men and women get more colds and cases of flu. Many divorcing or divorced people experience changes in their eating or weight.

However, chronic stress within a marriage can also lead to health problems. So it might be beneficial to leave a highly stressed relationship. A positive effect might be a reduction of stress or relief. 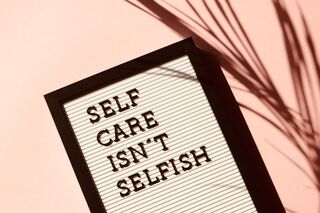 Taking the time to reduce your health risks will benefit you and your children. It isn’t selfish!

Another tip to counteract the potential negative effects is to focus on developing your sense of self: taking up new work or hobbies, finishing your education, developing your career or beginning a new one, and finding new friends and traditions.

Six months later, Alan has begun a regular exercise regimen and, after a full physical exam by his doctor, he is focusing on his diet, sleep, and work/life balance. He has joined a book club and a hiking group. He signed up for some online classes to improve his business skills and plans to put in for a promotion at work. He has made some camping plans with his children, and his mood has significantly improved. He has decided to stop dating for six months while he focuses on himself. Now he is ready to begin to date again.