Previous postShould I go to a litigation funder to pay for my divorce?
Data breach litigation – how organisations can protect themselvesNext post 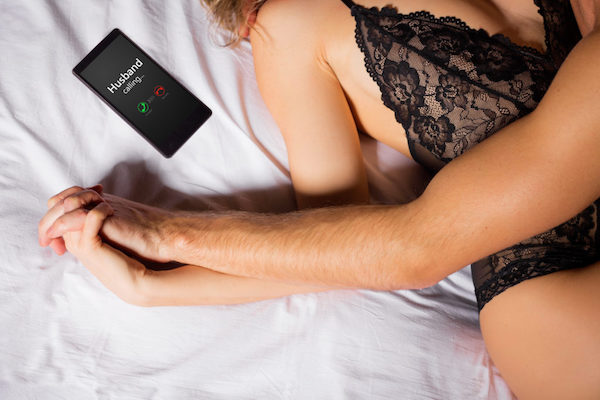 A Look At Affairs When Both Parties Are Married

There are many different kinds of affairs. They include one-night stands, flings, emotional affairs, affairs that never go beyond some flirty texting and/or talking, affairs where one person is married, and affairs when both parties are married.

The first thing I want to say is, having an affair does not make someone a horrible person. I have learned over the years not to judge without having all the facts. That said, having an affair, especially affairs when both parties are married always always hurts someone, and for that, I wish more people would take accountability if they decide to cheat.

I can’t count the number of people who have an affair and then don’t have the self-awareness to say, “Hmm…I hurt my spouse deeply and now I owe him or her an apology.” Instead, they think, ‘The marriage was over anyhow’ or ‘I didn’t really think he or she would even care. He/She never even looks at me anyhow’ or the worst one, ‘It just happened. What can I say?’

Say you’re sorry! No matter how ugly the divorce is, sit down and tell the spouse you cheated on that you are sorry you hurt them in that way. You don’t have to say you are sorry you cheated (especially if you aren’t) but imagine how much good you would do to just apologize for the pain, for the embarrassment, for turning your spouse’s life upside down–even if there are feelings of resentment for lots and lots of other things.

The idea for this article came from a guy who wrote to me that he got divorced because he had an affair. The woman he had the affair with was also married and both couples have children.

The guy wrote that his affair was exposed when the woman’s husband found out. So, basically they got caught. He ended up getting divorced—I think both he and his wife wanted that, but the woman’s husband begged her to try to work it out. Since then, she has gone back to the affair once– for a couple weeks and subsequently broke it off again. Now this guy wants to know if he should wait for her.

Here are my thoughts. The woman’s husband found out about the affair initially. What that says to me is that the couple was not willing to come forward and end their marriages. Maybe not enough time had gone by and one or both weren’t ready. Or, maybe they just weren’t sure how to do it, or couldn’t get up the nerve. Or maybe this woman never had an intention of getting divorced.

After the couple was caught, the guy and his wife proceeded with the divorce. To me, that means he wasn’t happy in the marriage regardless of the affair.

People who are happy in their marriages don’t cheat. No matter what. They don’t have to. They don’t want to. Their needs are being met.

As far as the woman giving her marriage another try, that says a lot, too. She has now gone back to the husband twice. She has chosen the husband over the affair twice. So, she is really all over the place and desperately needs to figure out what she is doing. Therapy would be a good option for her.

My gut says that the woman’s marriage will ultimately end, not necessarily for the guy she had the affair with (although that could happen) but because you don’t walk away twice if you really want the marriage to work. Just my opinion.

As for the guy, I truly don’t think he had the affair because he fell madly in love with this woman, but rather that he was lonely in some way and his needs were not being met in his marriage. He used the affair to try to get happy, when obviously something is making him unhappy.

I think this guy owes it to himself to really take some time to think and not really focus on whether or not the woman comes back. He needs to let her figure out her life and what she really wants and time has to go by for both of them to do that. I know that isn’t easy.

But, I think he would be making a big mistake if he continues the affair. I think that it will only hurt him for two reasons: one because the woman is cheating still and won’t leave the husband, but also he is contributing to the pain the husband had and will have more of once he finds out the cheating is going on again. The guy needs to take the attitude that he deserves more in a romantic relationship than a woman with a husband and kids who is going behind her family’s back.

As I said at the beginning of this article, I don’t think people who have affairs when both parties are married are bad people. Rather they are confused people who made a bad choice in handling a not-so-ideal marriage situation.

People who have affairs  when both parties are married are so wrapped up in the excitement, the energy, the sparks and the feeling of being so happy and fulfilled, that their mind is clouded. Often times, they are so in it, that they can’t see the hurt they are causing someone they promised to love forever or they rationalize that this is the best thing right now.

I can speak firsthand about being cheated on. Not in my marriage, but in a very serious long-term relationship several years ago. It is the worst feeling in the world. It makes you feel dirty –not just because you think you might now have an STD, but just kind of gross to think that the guy who you get naked with and are so vulnerable with went behind your back and got naked and vulnerable with someone else.

It also makes you feel stupid that you didn’t see it, and mad at yourself for not seeing it. And, it makes you feel very embarrassed that other people probably knew.

All those reasons go back to my saying that the cheater should apologize for the cheating, no matter what else and what other resentments are present in the relationship. It’s the only thing that makes a cheatee feel sane and/or validated, like you actually have a chance of letting go of the intense anger over the situation. That at least the cheater cared enough to acknowledge that the situation deeply hurt you.

The bottom line is, all affairs (including affairs when both parties are married) are complicated and they rarely end well. I’m not going to say that none of them work out, but for the most part they don’t, I think because the relationship began with lies and cheating and deceit and hurting others. And maybe the guilt gets to people, creating new resentment and of course, lack of self-love (which will ruin any romantic relationship.)

Additionally, how can you begin a new serious relationship when you aren’t out of an old one? Doesn’t it take months, sometimes longer to even figure out your role in why it didn’t work? Isn’t there something to be said for waiting until you work on yourself to get serious with someone else?

I didn’t write this article to berate or judge people who have affairs when both partners are married, but maybe some of what I wrote will make them think a little bit. Almost always, everyone loses in an affair, whether it is a meaningless one-night stand or even a short emotional affair via Facebook messaging. Even if the affair turns into a love that you call “the love of my life,” it isn’t pretty. Why? Because what is supposed to be the beauty of true love will always have a stain on it with someone else’s pain.

Like this article? Check out, “20 Things I Wish I Could Have Told My Newly Separated Self”

The post A Look At Affairs When Both Parties Are Married appeared first on Divorce Blog | Divorce Support Blogs.