Previous postDivorced Woman Writes: No One Knows My Pain
A Look At Affairs When Both Parties Are MarriedNext post 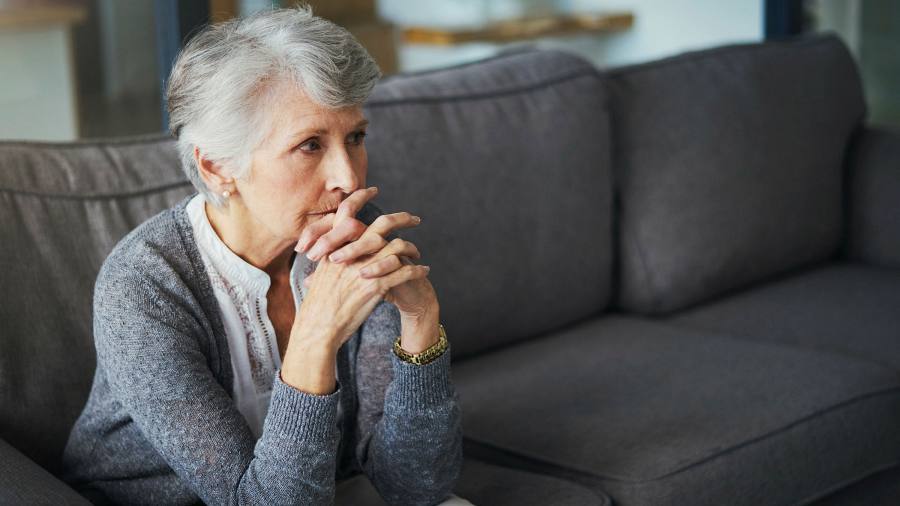 Should I go to a litigation funder to pay for my divorce?


My husband has been the primary breadwinner and has dealt with all financial matters throughout our marriage, as I gave up work to look after our children. We are now getting a divorce and he has locked me out of our shared bank accounts. I have nothing in my own name to pay for the legal costs and fear that any legal advice I can afford won’t be a fair match. What are my options? Should I go to a litigation funder, who will loan me monies to pay for my legal advice, or will this mean I give a huge amount of my settlement away to that funder?

Emily Brand, partner at Boodle Hatfield, says this is sadly a common scenario, as cutting off funds to pay for proper legal advice is seen by some as an excellent means of pressing their estranged spouses into accepting an unfair settlement for fear of running up legal costs they believe they cannot pay.

The courts, however, want to ensure that parties have “equality of arms” when it comes to legal representation. That means that if, for example, your husband has assets and/or income which he could use to pay your legal fees then — if he is not prepared to agree the manner in which your fees are funded — the following steps are open to you.

The first step is to issue your primary application to the court for orders determining your financial claims. This will kick off court proceedings at the end of which, absent an earlier negotiated agreement, a judge will decide how your assets and income should be divided after the divorce.

Simultaneously, you should make an application for a legal services provision order. The court will then list a hearing of that application. Before this hearing, your solicitor needs to estimate the costs you may incur during the proceedings and set out, to the best of your knowledge, the means by which your spouse could cover those costs. For example, you might argue that a rental property could be remortgaged to meet your legal fees or that the contents of a savings account could be paid to you.

As part of that application, you will also need to prove to the court that no litigation funder is prepared to lend you money to cover your legal costs. If the only capital asset in your case is, for example, your home in which you are living with your children, then it is likely that no funder will be prepared to lend to you.

The interest rates charged by funders can be high — some might say it is analogous to paying your legal costs on a credit card. It therefore makes sense to reach an agreement with your spouse as to how your legal fees will be paid, if possible, rather than add to the inevitable financial burden of a divorce by paying high interest on a loan which will have to be paid off once an agreement or a settlement has been reached.

If you borrow from a litigation lender, this will be your personal responsibility to repay and the debt must be paid from the assets you preserve or retain from the divorce, unless a third party is prepared to repay it for you.

Taking on debt in the form of litigation funding can be a huge step to take when in the throes of marital breakdown. It should be remembered, though, that compromising on unfair terms under pressure — with a view to saving money in the short term — could have a devastating impact on your future over the long term.

What are the responsibilities of a charity trustee?

The board of a local charity where I live in the south of England has recently asked if I would like to become a trustee. It’s a cause I am passionate about and I know the organisation well, so in principle it is something I would like to do. However, I want to be fully aware of the extent of the responsibilities incumbent upon a trustee before I agree. What rules govern the responsibilities of charity trustees, and are these likely to change in the future?

Pippa Garland, partner in the charity and social business team at law firm Russell-Cooke, says becoming a charity trustee can be a rewarding and valuable experience, but you are right to ask these questions at the outset. Despite being almost always unpaid, trusteeship brings with it considerable duties and responsibilities, reflecting the level of trust that is placed in you.

The fundamental legal responsibilities of charity trustees in England and Wales have been developed over decades of case law and statute, and are unlikely to change significantly. However, within this framework, the expectations of charity trustees have arguably increased in recent years. High profile incidents, such as the collapse of Kids Company, has shown that the Charity Commission, the media and the general public are demanding ever more of individuals who volunteer to be a trustee.

Trustees have overall control of a charity and are ultimately responsible for it. As a trustee, you would therefore be accountable, at least in part, if anything were to go wrong.

The main responsibility for all charity trustees is to promote the purposes of the charity — in other words, making sure that it is doing what it was set up to achieve, for the benefit of the public. For this reason, you should consult the charity’s governing documents before you accept the position, to confirm precisely what its purposes are.

Trustees have a duty to act in the best interests of the charity, in good faith. This includes protecting the charity’s assets, including its reputation, and ensuring the assets are only used to further the charity’s purposes. If the charity’s resources are used for anything else, you as a trustee could be personally liable to repay the amount misspent (although this is very rarely enforced unless a trustee has acted in bad faith). You must also ensure that the charity remains solvent — I would recommend asking to see a copy of the charity’s latest accounts.

It is also incumbent upon trustees always to act with proper care and skill. If a trustee has any special skills or knowledge (for example, an investment manager or accountant), they will be held to a higher duty, so be aware that any other occupations or qualifications you hold could factor into your responsibilities.

If you haven’t already, it would be wise to meet the other trustees before agreeing to the position. Trustees must act collectively, with each taking an active role and sharing decisions and responsibility, so it’s important to check that you share broadly the same vision and will be able to work together.

All charities in England and Wales are subject to some level of regulation by the Charity Commission, and as a trustee you are responsible for complying with the commission’s filing requirements, as well as preparing the charity’s accounts. I would recommend consulting the commission’s website for full information on a trustee’s responsibilities, and if necessary discussing the specific details of the charity with a lawyer before accepting.

Finally, it’s important to consider the time commitments. Trustees must have sufficient time and availability to attend trustee meetings to do justice to the role. You may also have to help with the day-to-day management of the charity, if there are no other staff you can delegate this to, which will further increase the time commitments.

The opinions in this column are intended for general information purposes only and should not be used as a substitute for professional advice. The Financial Times Ltd and the authors are not responsible for any direct or indirect result arising from any reliance placed on replies, including any loss, and exclude liability to the full extent.

We are retired and have decided to pool resources with our daughter. We will sell our two homes and buy one property, with a separate annex, and live together.

If we gift the proceeds of the sale of our house to our daughter who will be paying the mortgage on the new property and we don’t have our names on the deeds of the new house (and survive more than seven years after the gift), will this be classed as a gift with reservation? Would we be better to have our names on the deed and be entitled to the residence nil-rate band on death?

Do you have a financial dilemma that you’d like FT Money’s team of professional experts to look into? Email your problem in confidence to money@ft.com.